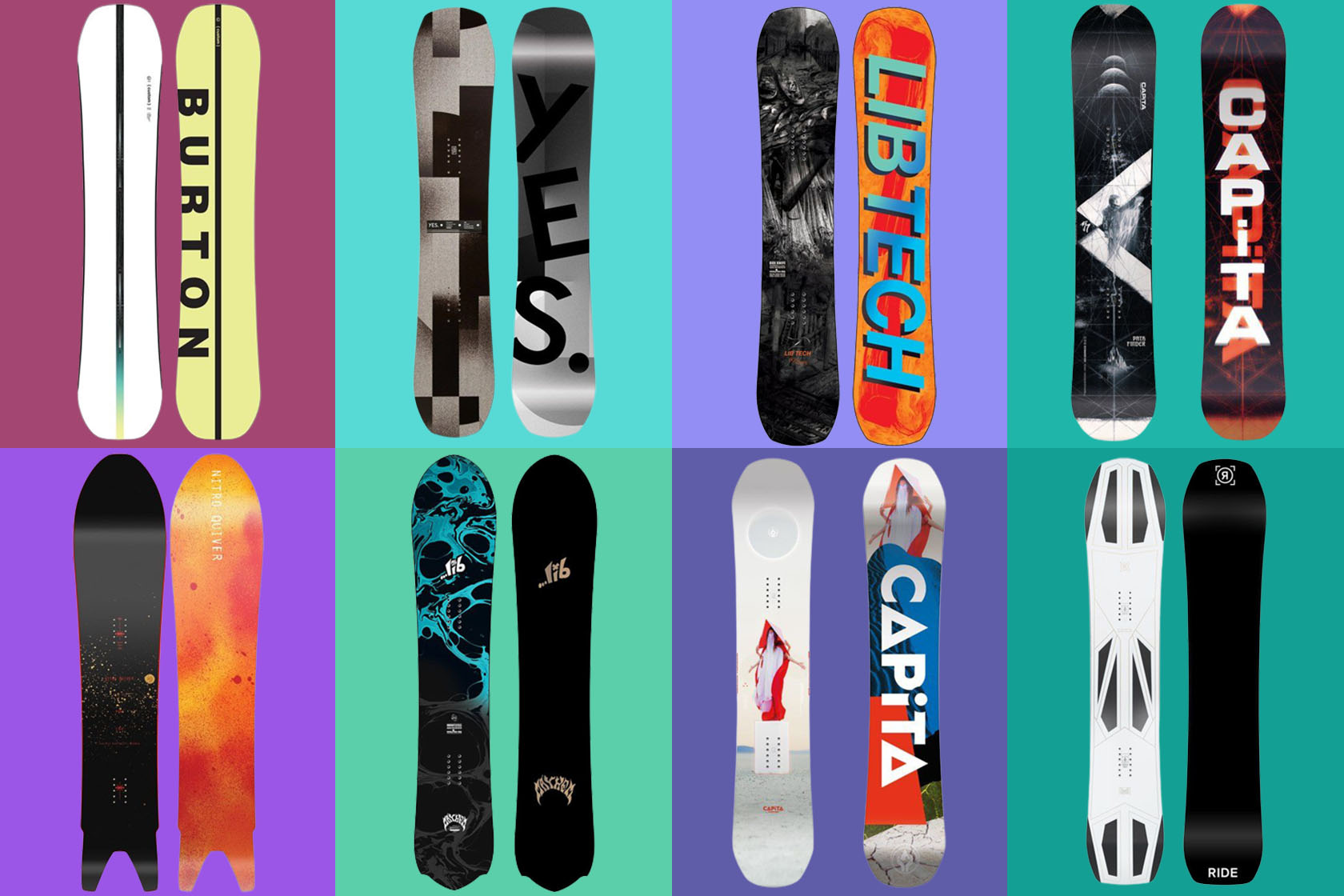 Snowboarding is a great winter sport, and getting new gear is always an exciting (and challenging) part of being a snowboarder. Whether you like to ride deep powder, smooth groomed slopes or the snow park, there is a great snowboard on the market that will suit your needs and skill level. However, find the right snowboard can be a difficult task due to the large number of options available.

The Burton Custom has been a freestyle-focused all-mountain staple for years, and the new models are the perfect combination of proven features and cutting-edge innovations. With a strong twin profile and a slightly directional stance (meaning the nose is longer than the tail), this board can handle anything you can throw at it. With a medium flex and camber between the bindings, the Burton Custom is ideal for jumps and has excellent edge hold. Another great feature of the Custom is that it comes in men’s and women’s models, as well as standard and wide widths and almost any length imaginable.

Known for being extremely versatile, the Yes. The Standard is ideal for a truly dedicated all-mountain rider. This board features innovative technology such as a unique “MIDBITE” edge that reverses 15mm towards the center between bindings to increase the speed of edge-to-edge transfers. Outside of the bindings, the snowboard gets wider, giving you the volume you need in powder and the stability to crush landings. The Standards also have a hybrid camrock (camber-rocker) base profile that allows the rider to turn, carve and press with ease.

The name says it all for this snowboard. The Defenders of Awesome is an excellent all-mountain snowboard designed for advanced riders and people looking to improve their skills. Benefiting from Capita’s Resort V1 profile, this snowboard takes advantage of the base camber, rocker and zero camber profiles with a complex hybrid construction. In keeping with its versatile base, the Defenders of Awesome has an average flex rating of 5.5/10. While this board isn’t cheap, it’s more affordable than most of its counterpart snowboards with the same high-end materials, such as paulownia wood in the core.

Don’t worry if the shape of this snowboard has you taking a double take. The short, wide, volume-offset shape is precision engineered to deliver incredible flotation in the deepest snow. Its unique shape also makes it unexpectedly maneuverable in deep, heavy snow. The Quiver POW is designed to feel like a surfboard and doesn’t break the bank despite its premium features.

Although you may never have heard of Cardiff before, their snowboards are built to exacting professional standards. With a shape shifted in volume, this snowboard is wider in the nose than in the tail, which makes it more buoyant in deep snow. Additionally, the Swell Enduro has a bit of camber between the bindings which gives it the responsiveness needed for riding groomers. Another advantage of the Swell Enduro is its RACEbase construction, which is optimal for speed and easy to maintain.

The best new snowboards for riding in the snowpark

Lib Tech is known for creating progressive designs and technologies that drive the industry forward. This company is also known for its unique top-sheet designs, which are often hand-drawn by artists in the snowboarding community. With a medium flex rating, multi-species wood core, and aggressive base profile, this snowboard is ideal for tackling rails, jumps, and everything in between. The Box Knife C3 also features Lib Tech’s patented pull-eat technology, which features strategically placed serrations for supreme grip.

Capita has roots in freestyle, and their background in making park snowboards is evident in the Pathfinder Reverse. The base profile with no camber between the bindings gives this snowboard a skateboard feel that many riders prefer for rails. Another great playpen feature of Pathfinder Reverse is the incredibly durable sintered base, which is designed to handle rocks, ice, metal and even slabs of pavement if you like to ride on the streets. The Pathfinder Reverse has a soft flex rating making it ideal for presses and butters.

The best new snowboards for carving

With real carbon fiber inserts and a long, directional shape, the Ride Commissioner is ideal for aggressive riders who want to tackle steep hills and carve up groomers. With a stiff flex rating, the Commissioner is known for having an exact response that makes riding between trees or carving deep on snow groomers easier than most long snowboards. Additionally, the Commissar has a sintered base and Ride’s unique Slimewall sidewalls which are both designed for speed and smooth shock absorption, rather than the rough deflection that hard boards usually provide.

When it comes to carving, the Lost Rocket has all the premium features you need to descend and lean through hard snow and ice. If you regularly ski on groomers or have to deal with icy conditions, this snowboard will often be a great choice. This board is specifically designed for carving and has an unusually wide base as standard to avoid any potential toe drag. This board is fully offset in volume and directional, giving it maximum initiation and maneuverability in turns in less than ideal conditions.