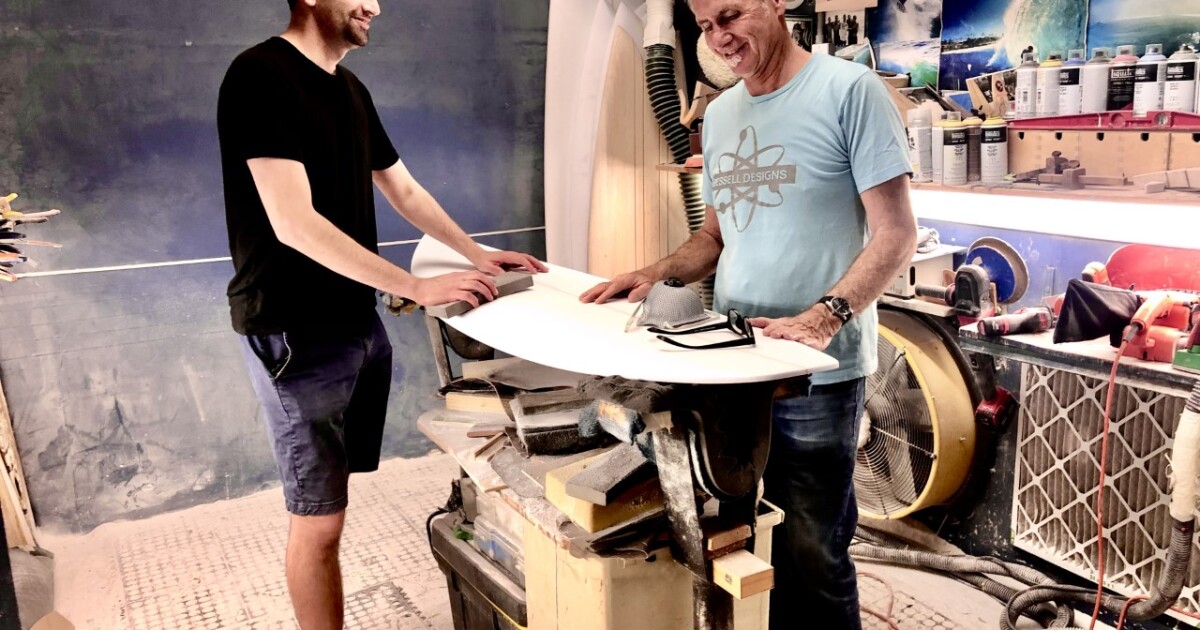 When he crisscrossed the country working 50 jobs in 50 states in 50 weeks, Daniel Seddiqui spent a week as a surf coach in Hawaii — even though he had never surfed before and didn’t. done since.

So why was he visiting a surfboard design studio in San Diego on January 27?

To work on a high performance custom surfboard with renowned fitness artist Tim Bessell. The surfboard craftsman has created numerous boards bearing licensed images of Andy Warhol artwork – one sold for $18,000 at auction in 2012.

Seddiqui became a media sensation more than a decade ago when he worked a series of weeklong jobs in all 50 US states. He had graduated from the University of Southern California and, like many new graduates, had trouble finding a job.

He went on a mission. He sought jobs symbolic of each state’s culture or economic engine, not knowing where he would sleep, what he would eat, or where his quest would take him.

Now, more than a decade later, he’s criss-crossing the country again. This time, the 39-year-old author and entrepreneur is spending a day experiencing the culture and learning a trade in each of America’s 65 most populous cities.

During his travels, he publishes information on his website, livingthemap.com, and plans to publish her latest book, “Piecing Together America,” in late March. His goal is to visit every major US city for one day to showcase the neighborhoods, sights, foods, activities, events, historic sites, and other features that he considers must-sees for any visitor.

Seddiqui’s latest quest brought him to a Gaslamp Quarter hotel on Thursday. He visited downtown San Diego, Little Italy, Balboa Park, Mount Soledad, and spent much of the day working at Bessell’s little boutique near Windansea Beach in La Jolla.

“I contacted Tim Bessell six or seven weeks ago and told him I wanted to learn his trade and create a memory of San Diego,” Seddiqui said. Bessell took him in while others had refused citing professional hazard and liability.

“I’m not afraid of anything,” says Seddiqui. “I did coal mining in West Virginia and logging in Oregon…so I wasn’t going to let danger stop me from pursuing.”

After most of his crafting assignments, he returns home to Bend, Oregon, with his handmade keepsake – a Scandinavian butter knife carved in Minneapolis, a crab mallet made in Baltimore, shell jewelry oyster made in Jacksonville, Florida, and blueberry crafts. beer brewed in Portland, Me.

He doesn’t bring home a surfboard from San Diego because it takes days to shape them. But he left town with surfboard fins bearing the Bessell logo.

San Diego was the 60th city on Seddiqui’s ambitious tour. From there he traveled to Los Angeles to make a movie clapperboard used in Hollywood movies. Then he was heading to Las Vegas to make a neon sign. In Reno, he plans to help a metalworker prepare for the Burning Man 2022 event. In San Francisco’s Chinatown, he will work in a fortune cookie factory. In San Jose’s Silicon Valley, he plans to trademark his business slogan, “Living the Map.”

He’s been “living the map” since graduating in 2005 with a degree in economics and out of work. It was then that he became determined to sample meaningful jobs in all 50 states – working a week in each. He sent up to 18,000 job application emails and received thousands of rejections, earning him the nickname “the most rejected person in the world”.

He turned his experience into a business to help other frustrated students. He created job placements by canvassing potential employers and host families. In its 5x5x5 program, students complete five successive one-week summer internships at five different jobs in five states.

In 2012, the Los Altos native began pursuing a more serious project called “Drop Me In.” He visited poor or isolated communities where people struggle, are ignored or misunderstood.

For a month, he picked produce with migrant farm workers in the Central Valley. He spent time on a Native American reservation in South Dakota with high unemployment and other issues and lived with people in a poor area of ​​Appalachia in eastern Kentucky.

In 2018, he launched an “American Bucket List” cultural sampling trip to all 50 states. He sang in the Mormon Tabernacle Choir in Utah, herded buffaloes in South Dakota, learned hula dancing in Hawaii, and trained as a racehorse jockey in Kentucky.

I asked him about his current crafting trip experiences:

The most exhausting? Forging a railroad tip into a knife in Birmingham, Ala.

The most shocking: being allowed to work at the US Mint in Philadelphia

Most fun: Learning something new every day

“I’m not a crafty person, but it’s my passion: constantly exploring and learning,” he explains. “I feel a great sense of accomplishment when I complete these projects.”

As for his next odyssey, Saddiqui replies, “I’m done. Of course, I said that in 2018 after taking another trip to 50 states. However, he was single at the time. He is now married and has an 11 month old daughter. “I accomplished everything I wanted to do.”

A day at the beach: “I had the weird feeling that this dolphin was trying to tell me something” | surf vacation