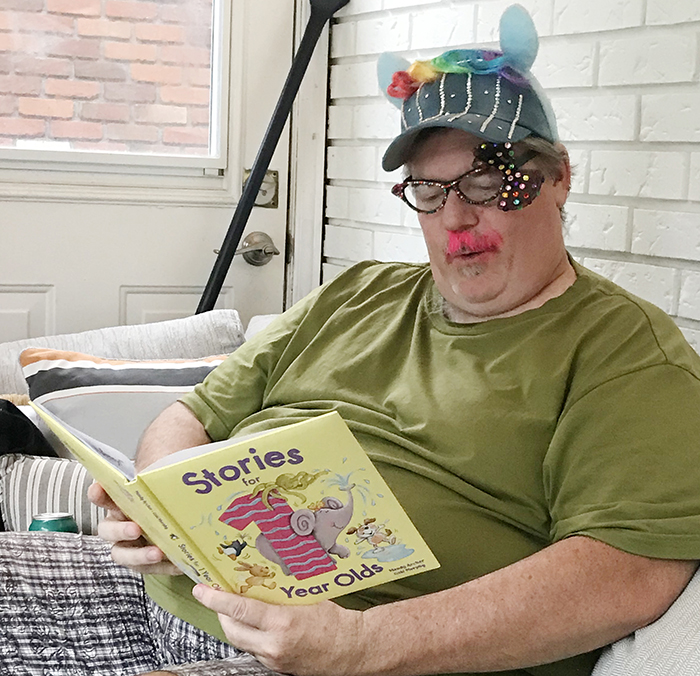 COLUMN: What we do to fundraise

In adult life, one blow can lead to another. And in my case recently, my second shot led to a shot of tequila and money raised for a good cause.

On July 6, I received my second vaccine at the Bradley Center. I’ll discuss the brief impact of this hit on me later in the column.

But this pic made me feel confident I could hang out at Johnny’s Surf Shop just down the street. For two hours on July 8, I went to “jail” at the surf shop – in a neighbor’s backyard – while he and I were part of a fundraiser for the Jail or Bail event for Rise House. International.
John Lyons, the pal, is a board member of the charity, which funds an orphanage in Haiti, along with other projects to help children and families. Rise House is the makeover of Hime for Help, the charity started years ago by Emily Hime, and now run by a board of volunteers.

When Emily asked me if I could help, and if I would be willing people to ask me to do some nonsense to raise money, I jumped at the chance. The problem is, I informed the women of The Voice. Their skulls began to plot.

So I was there at John’s, armed with a good start to pledges and over half of my goal of $ 500. I have to mention that this all happened outside and John and I, although we were together on video, were about five feet apart.

John and I took to Facebook Live on his page and chatted about a lot of things, but John is a tequila fan and loves his margaritas. So he made them a couple while we were “suffering” in prison, and I was forced to taste the drinks.

Soon John was released from prison, having reached his threshold of $ 500. However, I was just above the $ 300 mark.

And then Sarah and Fatima from work came in with a bag of tricks.

For $ 20 I had to wear a dazzled hat and animal ears with rainbow colored bangs. No problem.

For an additional $ 20, I let Sarah shave my goatee. No problem. And paint it pink. What? Sure.

There’s a video on Facebook of what’s going on. Sarah cut my goatee, leaving the soul patch and mustache. Then she went to use a box of temporary pink hair dye on the mustache. She let out an explosion at close range and more than my mustache was hit. Sarah immediately had to take a break as she couldn’t help but laugh. Ditto for Fatima and John. Well, John managed to get the video running.

Sarah regained her composure and transformed me from looking like a drunken clown to, well, maybe a distant cousin of the Mario Bros.

Of course, the women weren’t done. Lipstick came out. Another $ 20 pledge and I had beautiful, rich pink lips.
But wait, there was more. A hilarious pair of glasses and a children’s book came out. For an extra $ 20, I had to put on the glasses, complete with the dazzled hat, funny ears, pink mustache, and pink lipstick, then read a story from the one-year-old book.

Peekaboo Puppy was his name.

I read it with a big expression, as requested, even if I had read to a child, with my tone and my look, they would have been in tears, and not of joy, unlike Sarah and Fatima.

But this reading pushed me over the top, as other observers contributed, perhaps out of pity.

Anyway, John and I were out of jail. In the end, a group of about 15 of us raised well north of $ 10,000 for Rise House International.

I’m in the process of growing my goatee back, and I don’t know if my dignity will ever regain. Again, I wasn’t tasked with going door-to-door with a dress and wig and offering beer to the neighbors. Yvon, I bow down to you, sir!

A blow in the arm

As I mentioned, I recently received my second vaccine. I was the last person in the office to have it, if you can believe it.

My first stroke led to a sore arm for about 24 hours. The second hit gave me chills the next morning, and some fatigue.

Sarah here at the office must have taken a day home after hers. Everyone reported arm pain and that was about it.

So, I am doubly vaccinated, and in about a week, I will be at full efficiency. Corcoran’s Backyard and Corcoran’s Downstairs Pub will soon be open for fun.