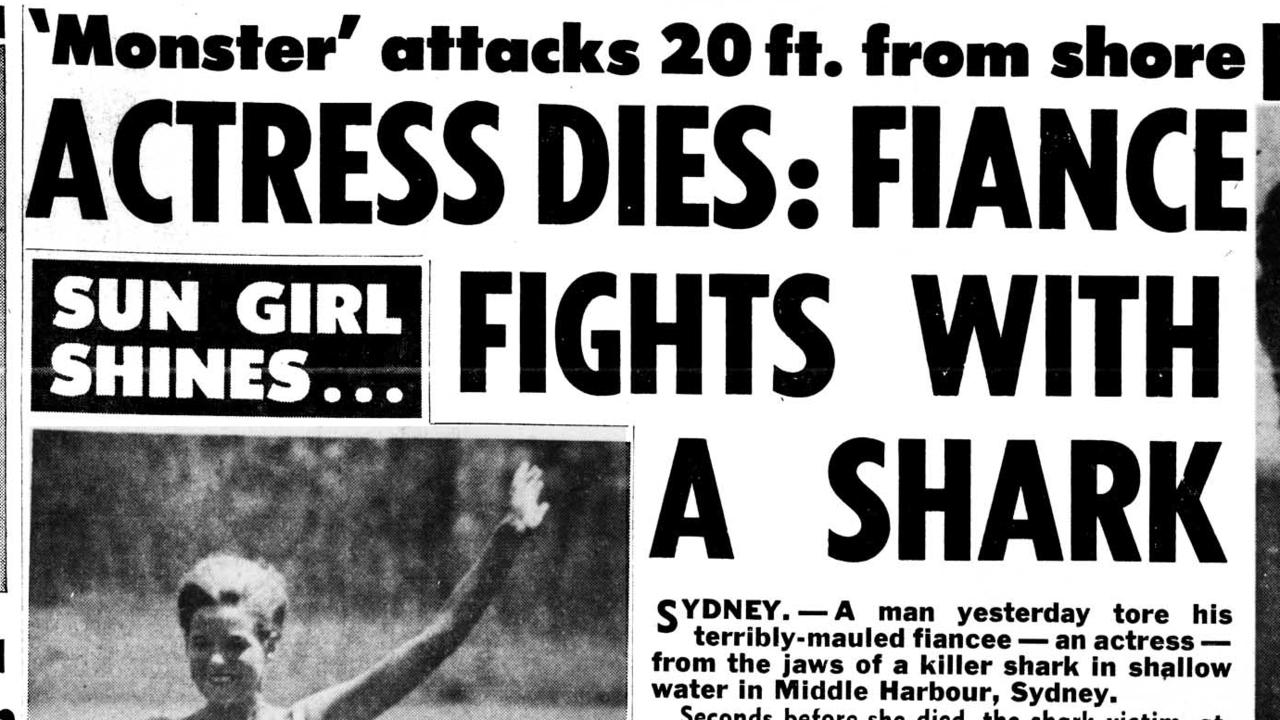 An actress dragged into the water by a shark in 1963 sparked mass hysteria in Sydney. His last words appeared in the news the following day.

A well-known actress from Sydney was standing in water less than 75cm deep when she was grabbed and mauled by what newspapers described as a ‘monster’ shark.

It was January 28, 1963, when the young and promising life of Marcia Hathaway was ripped off by a bull shark in an attack that shocked Sydney.

She was dragged out of the water at Sugarloaf Bay in Middle Harbor by her fiancé but did not survive the wait for an ambulance which broke down on the way to the scene.

His last words, published in The Mail Mail on January 29 under the title The actress dies: the fiancé fights with a shark, were: “Don’t worry about me, my dear. God will watch over me.

The 32-year-old from Milson’s Point told her she was in ‘no pain’ despite missing a large part of her right leg.

The Sydney Morning Herald Details released the following day of the gallant fight her fiancé, Frederick Knight, set up to try to save her.

“When the shark attacked, her fiancé, who was next to her, fought the shark with his hands and kicked him as he writhed in the bloodstained water, trying to drag himself away. his victim in the deep waters,” the article read.

“Miss Hathaway died 20 minutes later from her terrible injuries and shock. The shark nearly tore off her right leg.

In black and white photographs from the days that followed, a large crowd could be seen gathered around a vehicle that carried a bull shark on its roof rack.

The suspected killer shark has been put on display for all to see.

Archived reports from the 1960s reveal the happy couple had recently become engaged and had chosen Middle Harbor for a picnic over the Australia Day long weekend.

“Marcia wasn’t too far from the beach and I had moved in to take off a pair of sand shoes I was wearing.

“And then I heard her scream, ‘I think an octopus got me.

“I heard Marcia scream ‘Oh my God’ and then she was dragged into the deep waters.

“I started running towards her and saw a shark’s fin. It seemed to have grabbed her in the calf of her right leg.

“When I reached Marcia he punched again and grabbed her in the thigh. I started kicking the shark and beating him with my fists, most of the fight is blank but I remember at one point the shark was between my legs and I seemed to be riding it.

Marcia, who had played roles on stage and on screen, would be the only person to die of a shark attack in Sydney waters for 59 years.

That changed on Wednesday when a swimmer was fatally attacked off Little Bay, not far from a rock fisherman, by what is believed to be a 4.5m great white shark.

Emergency services were called to Buchan Point in Sydney’s east at around 4.30pm on Wednesday following reports that a shark had attacked a swimmer in the water.

The person died after suffering ‘catastrophic injuries’, with human remains found by rescuers around 6pm.

Terrifying footage of the attack began to spin online shortly after the incident.

“Someone just got eaten by a shark,” the man recording the video can be heard shouting, adding that it was a “great great white.”

Huge splashes can be seen with the water in the area turning red and the birds circling overhead.

Another man can be seen in the video fishing off the rock and watching the attack unfold.

Randwick Council announced on Wednesday evening that Malabar, Maroubra, Coogee, Clovelly and La Perouse beaches would also be closed for 24 hours while council lifeguards searched for any further shark sightings.

“This is a terrible tragedy, the first fatal shark incident in Sydney in decades. Our hearts go out to the family and friends of this man,” said SLSNSW Chairman George Shales.

Police will liaise with the Department of Primary Industry to investigate the circumstances surrounding the swimmer’s death. A report will be prepared for the coroner.