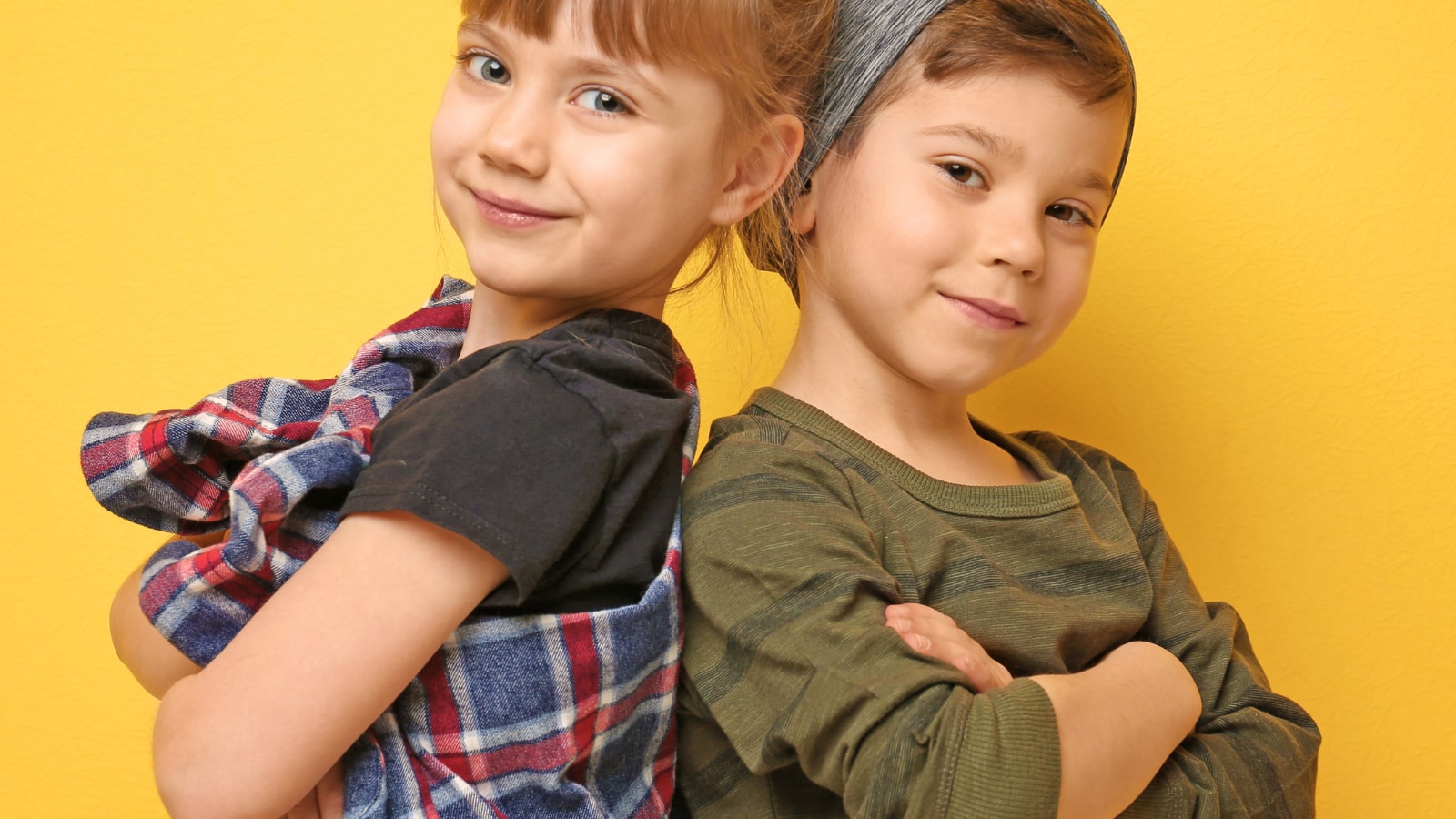 Despite some progress in the fashion industry, gender stereotypes are still very much alive. While adults have more and more options for unisex – or neutral – collections these days, kids continue to face the same clichés. A new study from Germany reveals that children’s fashion has consistently promoted gender stereotypes. We take a look. Anyone who goes to a street store or the clothing section of a supermarket can easily see that children’s clothing is not sold in just one section. There is a clear separation between the boys’ and girls’ sections. The upside, if there is one, is that it’s hard to confuse these two sections, with the girls’ section usually distinguished by a burst of pink, and the boys’ by a wave of blue. This applies to both the clothing department and the toy department. Despite many advances in recent years in terms of gender neutrality, gender segmentation, on which gender marketing is based, is far from having said its last word.

Pink and blue, the colors of discord

A study conducted by datajournalist Marie-Louise Timcke and published in the German daily Süddeutsche Zeitung, looked into the matter to find out. With her peers, the expert analyzed no less than 20,000 shirts and shorts sold at retailers such as H&M, Zalando and About You, aimed at children under ten. Prints, colors, lengths, cuts… everything has been scrutinized, and the verdict seems final: “Current children’s fashion cements gender images”, concludes Marie-Louise Timcke on her Twitter account.

Looking at the colors of children’s clothing, it is clear that blue dominates among boys, all brands combined, while pink dominates among girls. We can therefore check the “proven” box for this old shot that we hoped is out of date. The conclusions of the survey go even further: “almost one out of two girls’ shirts is pink. This image is the most extreme in H&M’s collection,” explains the data analyst.

Predestined to be dreamers or adventurers

While girls and boys have long — if not always — shared passions, the prints meant to bring a touch of fun to children’s clothing prove that the gender line is stronger than it seems — and that clichés about each gender’s preferences and characteristics are hard to break. For girls, the most used terms are “love”, “girl”, “sunshine”, “smile”, “dream” and “dreamer”. On the boys’ side, there are words related to adventure or sport, with an emphasis on surfing, such as ‘aloha’, ‘wave’, ‘explore’, ‘fast’, ‘coast’ and ‘crew’. Two totally different atmospheres. Not content with clearly distinguishing genders, children’s fashion indeed conveys certain stereotypes that have no reason to exist.

The prints also show different lifestyles. Here are the most characteristic terms found on shirts for girls and boys under the age of ten. Boys should 🏄surf, girls should dream. pic.twitter.com/qknWeV3lg1

Last but not least is the length of the clothes. While it seems obvious that boys and girls under 10 should have access to the same cuts and shapes of shirts and shorts, in practice this is not the case. Far from it, in fact! “We stacked and compared thousands of children’s shorts from H&M, Zalando and About You. The difference in length is clear: on average, shorts 30 cm wide for girls are 6 cm shorter than trousers for boys. And this despite the fact that children’s bodies hardly differ at this age. Boys are a little bigger and heavier, but can just choose the larger size. The fact that girls’ pants are tighter and shorter is simply the result of fashion and socialization,” the specialist points out.

The study also reveals that it is virtually impossible to find certain garments with a specific print, such as nightgowns decorated with dinosaurs, skirts with football prints or cargo shorts covered in unicorns.

“In the logic of these markets, girls are above all little women; for them, clothing is made to please. And boys are supposed to be anything but “girls.” concludes Marie-Louise Timcke.

The Vestal Emergency Squad prepares to move into their new headquarters