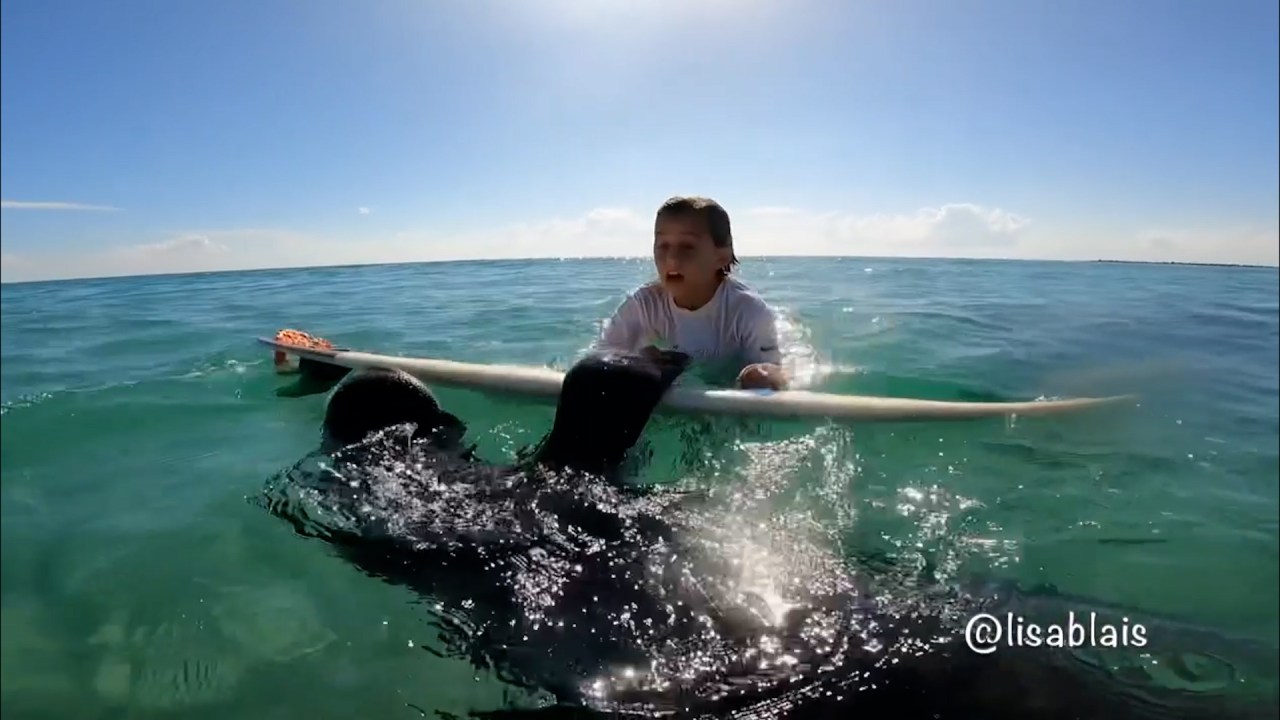 TAMPA, Fla. (WFLA) – A Florida family captured a unique encounter with a wild manatee as they waited to catch waves off Fort Pierce Inlet on July 4.

In a now-viral video that was shared with FOX 8’s sister station News Channel 8, two friendly manatees approached the family, who are locals, as they waited out the waves.

Husband and wife Brandon and Lisa Blais says WJXT their sons, “Evan and Logan were out surfing when two manatees came upon them and started swimming around them.”

Shortly after, a manatee was filmed swimming up to Evan and stealing his surfboard. The boy laughed and let go of the board as the manatee floated on its back, holding the board against its stomach.

Blais said the boys were alarmed at first but knew they had to stay away and never touch the manatees. She said the manatees swam around the boys for about 10 minutes before swimming.

From Beach to Wheels and Waves – Wavelength Surf Magazine