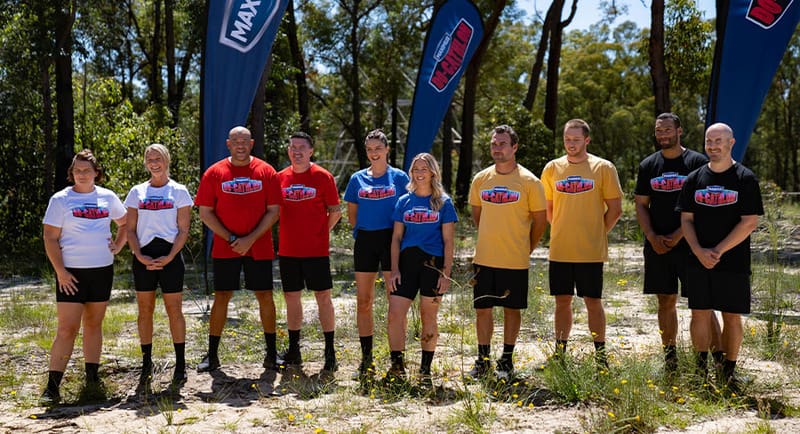 Foxtel Media and sports drink Maximus are launching a new six-episode reality series, Maximus Do Cathlon, which will see five former professional athletes and their best friends put themselves through their paces.

They will participate in a series of daily challenges which will then be completed for maximum pressure, with the winner earning bragging rights and $10,000 for the charity of their choice.

The six-episode series will see them compete in challenges like racing to pick up the laundry in a Monster Truck, building a cubby house in the backyard, and mowing an entire paddock.

The series will air on the Fox Sports, Kayo, Kayo Freebies platforms, as well as the wider Foxtel network.

Short promotions for the series are also shown during advertisements on the aforementioned platforms during live sporting events such as the AFLW, NRLW, BBL and The ashes, as well as takes from Fox hosts.

Senior Brand Marketing Director Frucor Suntory, Kate Taylor say it Maximus Do Cathlon is all you can do with Maximus – we give you more because you have more to do.

“We wanted to bring that to life by showing Australians working hard and having fun with their friends at the same time. With the help of a truly amazing agency team, we tried something different by doing a TV show, rather than just a TV commercial and we are thrilled with the result,” she added.

Brendan Willenberg, Executive Creative Director at Clemenger BBDO Sydney said: “From a one-page idea in a pitch to an Australia-wide game show, we not only pinch ourselves to get it on the air, but to give the Maximus brand an idea as big as the drink itself.

OMD Create National Director of Sports Partnerships Aaron Miller said: “We are thrilled to bring Maximus and Foxtel together and work with this incredible group of agencies to create Maximus Do Cathlon. Foxtel’s continued growth across all platforms and quality productions made them the perfect choice of partner to bring this series to life. »

Co-founder of RCKT Co Marc Raisbeck said, “When a brand comes up with a concept of this nature and asks how we could bring it to fruition from a production perspective, it sparked the juice of the whole team early on.

“It was a huge project and we are really excited to see it hit the screens. It has been a fantastic collaboration between all parties, all ready to take a brave marketing step.

Kate Waugh, Head of Sports Partnerships at Foxtel Media, said, “We are thrilled to bring this series of branded content to life, combining the reach of the Foxtel network with the creativity of Maximus.

“The Maximus Do Cathlon is a brilliant celebration of endurance, camaraderie and the Australian spirit of perseverance, competition and charitable giving. It goes beyond advertising and has become true value-added entertainment for our viewers who are constantly engaged across all of our sports platforms.

“At Foxtel Media, we love working with brands that are ready to push the boundaries of marketing and build new frontiers in the space. We are delighted that the Frucor Suntory and Maximus teams chose us for this journey and we have looking forward to seeing how it turns out,” she added.

Maximus Do Cathlon premieres Tuesday, February 1 at 8:30 p.m. on Foxtel and on Kayo Freebies

The Fiji Times » Point of Origin: The Ocean Adventurer