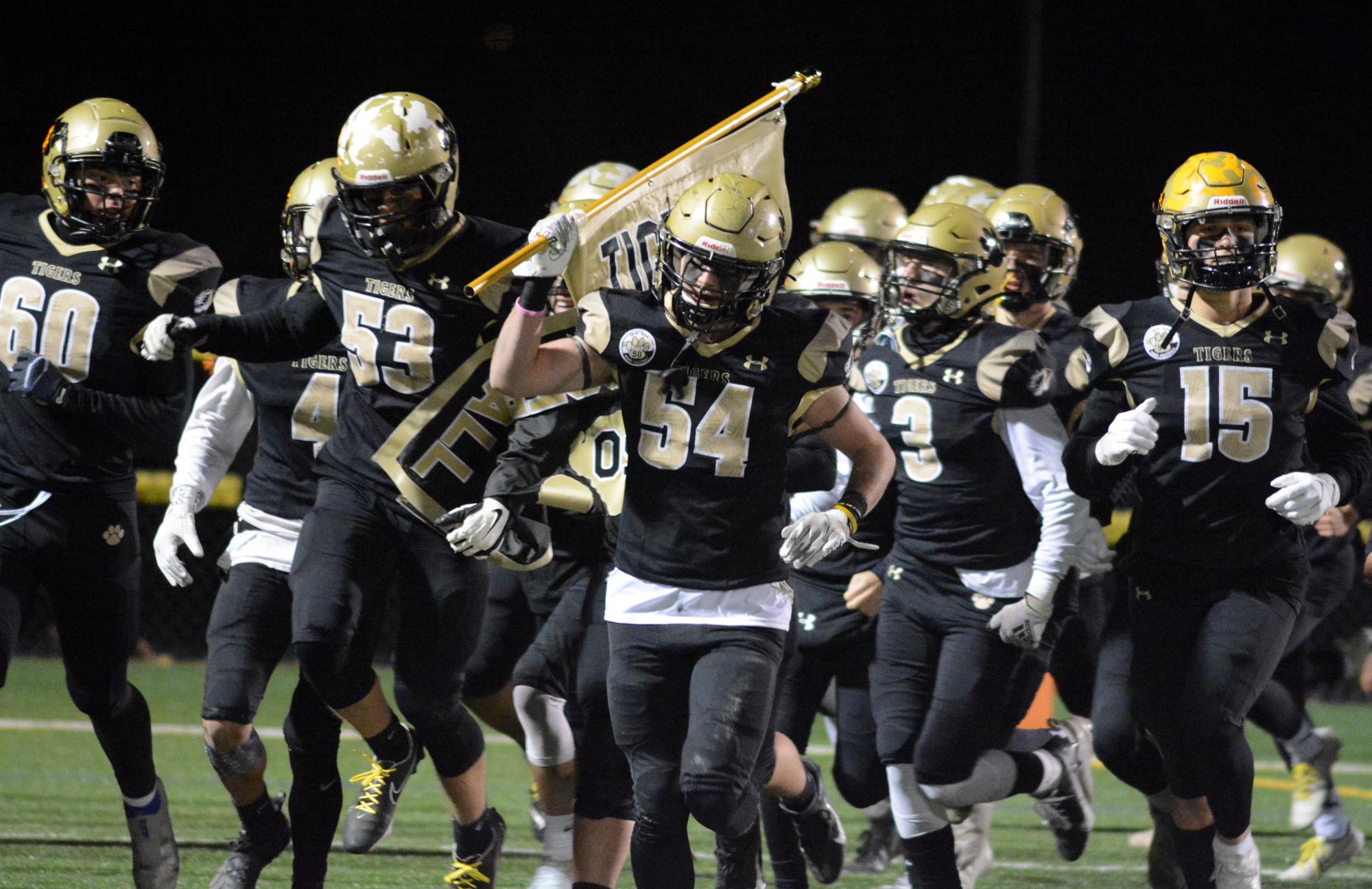 MADISON – Having started the season with two losses, Hand is as close as possible to returning to the CIAC L-class football playoffs.

The Tigers are set to clinch their fourth straight Class L playoff spot after beating Guilford, 43-18, in the annual Thanksgiving contest between the two neighboring schools.

Hand, who leads the series 42-5-1, got some help when Quinebaug Valley rounded off Thames River, 57-13, earlier in the night. The Tigers need wins over Sheehan, Notre Dame-West Haven, North Haven or New Canaan on Thanksgiving morning or a loss by Fitch to Ledyard to enter.

Hand (7-3) did his part Wednesday night in front of a packed crowd at the Surf Club.

“They’re probably the best Guilford team we’ve seen since 2006,” Hand coach Erik Becker said. â€œWe are tested in combat and we have been sharpened by iron. We played one of the toughest programs in Connecticut and we embraced the tough path. “

In the fifth game of the scrum alone, Patch Flanagan threw a bubble pass to Seth Sweitzer in midfield. Sweitzer crossed the field on the left side and came down to the right sideline for a 54-yard play.

â€œOur line did a great job putting holes in,â€ said O’Brien, who broke the 1,000 yard rushing mark this season. “I punched the hole hard and drilled after that.”

Sweitzer had two two-point conversions in the first quarter.

A two-yard run by Flanagan and a 26-yard pass from Flanagan to Sam Sisk in the left corner of the end zone gave Hand a 36-0 halftime advantage.

â€œWe didn’t come out as we hoped,â€ Guilford coach Anthony Salvati said. â€œYou can’t go out slowly against a team like this. They will make you pay for it.

Ryan Milliard closed the scoring for Hand with a two-yard rush with 10:12 left in the game.

Guilford scored twice in the fourth quarter, both on passes (5 and 18 yards) from Hilgert to Mikey Palatiello.

Guilford finished the season with a 6-4 record.

â€œWe are changing the culture,â€ Salvati said. â€œIt’s a tough pill to swallow because there were two games we could easily have had. We have set the stage, but we have to get to 7-3 or 8-2 next year.