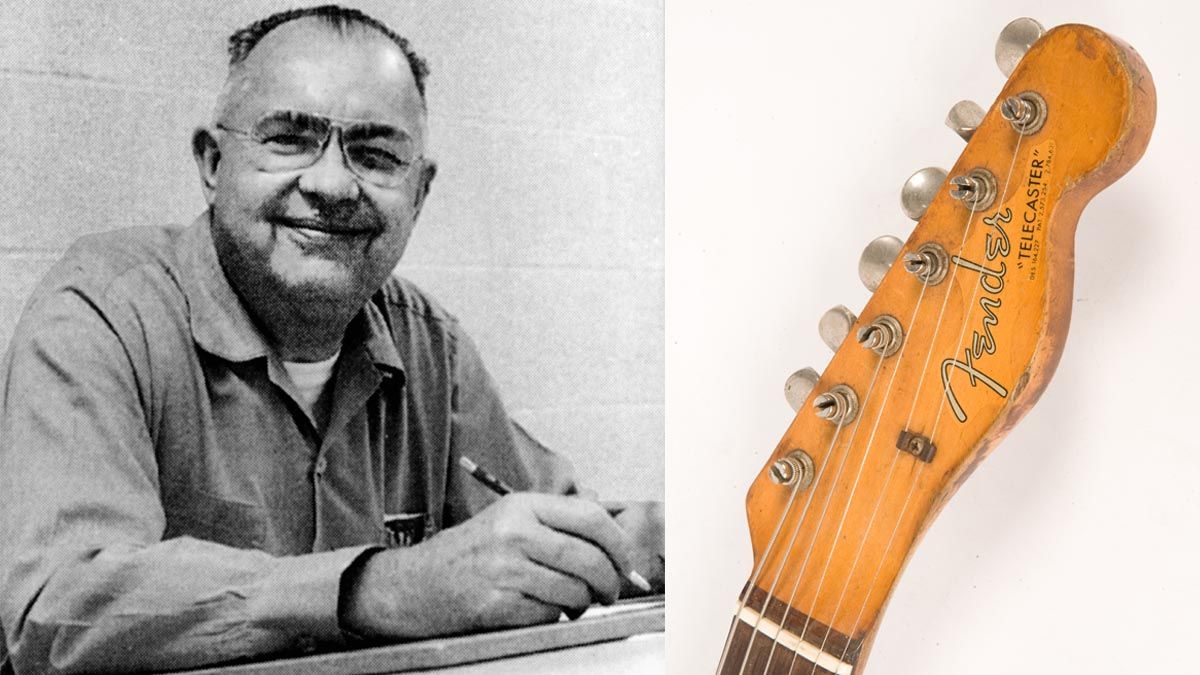 How Leo Fender Started the Guitar Company That Changed the World

When Leo Fender and his colleagues launched the first solid-body Fender electric guitar in 1950 almost everyone who saw him thought he had gone mad. Fender’s early amplifiers were good, but a solid body guitar? Every player knew that guitars were hollow. They looked inside. It was obvious: they were lightweight and there were holes in the top to let the beautiful sound out.

Every maker knew it took craftsmanship, skill and care to build a guitar: bend the wooden sides, carve or press the top and back, carefully build a special box that transformed what the guitarists were playing in a beautiful sound.

Since the 1930s, Rickenbacker, National, Gibson, Epiphone and others had made electric guitars. They were hollow-body archtop guitars with built-in pickups and controls, but (with a few exceptions) had little effect on players. Gibson defined the style of the best hollow-body electrics and had just launched the accomplished ES-175.

Leo, however, was thinking outside the box. In fact, he decided to make a guitar with no body at all: a solid-body electric. Rickenbacker had released a solid bakelite guitar in 1935, but it was small and clumsy. Around 1940, guitarist Les Paul built himself a trio of solid neck-thru-neck guitars. And in 1948 – about 15 miles west of Fender’s operations in Fullerton, Calif. – Paul Bigsby built an electric guitar with a solid neck-thru-body for guitarist Merle Travis.

Leo Fender’s new solidbody guitar – first called the Esquire, then Broadcaster, and finally Telecaster – was, unlike those experiments, aiming for commercial success.

Leo had started his professional life in the 1930s as an accountant. He had been unfit for military service in World War II – losing an eye after a childhood illness – and during the war continued to run his radio shop.

When the war ended, he ran a short-lived business, K&F, making electric guitars and lap-steel amps with his friend, guitarist Doc Kauffman. But in 1946 he had a new operation called Fender Manufacturing. Leo continued making the steels and amps, now with his new Fender logo, and expanded to new premises in Fullerton.

Doc had left the partnership because he was tired of Leo’s stubborn, hard-working ways. Leo was an introverted and hardworking man, prone to long hours and happiest when he was alone, drawing plans for another project or playing with a new machine. For him, the fewer people in the way, the better.

And generally speaking, Leo was – according to Leo – the only one capable of doing such things. Yet he wasn’t even a player; Leo took a few piano lessons before trying the saxophone (never seriously), and never learned the guitar.

But he believed that if there was a product on the market, he could build it better and cheaper – and make a profit in the process. Despite spectacular later successes, in the early years the new Fender company nearly failed. It’s Leo’s sheer determination and his chance to surround himself with smart, dedicated people who will help him through the crunch in these trying times.

Don Randall became a partner of Leo in the Fender company, leading the business arm of the company and becoming arguably the most important person in developing Fender’s success. George Fullerton joined Fender in 1948 and quickly became what a colleague described as “Leo’s faithful workhorse”.

Leo’s wife was also important. Lack of cash was almost ubiquitous at Fender in the early days. There were times when it was difficult to cash Fender’s checks, especially if Esther Fender was late getting her paycheck from the phone company where she worked.

Bob Perine of the Perine-Jacoby agency took over Fender advertising in 1957, launching the classic “Neither shall you part with yours…” series of advertisements. Forrest White joined the team in 1954 to take over management of the Fender factory. He reorganized this vital part of the business into an efficient and effective production base.

Music for the masses

The Fender team was now in place, and their mass production techniques at the Fullerton factory were working like a charm. There were all sorts of machines, some for winding mics – Heath Robinson cases with wheels and pulleys – while one area housed a few ad hoc finishing spray booths along a wall of racks for drying the pulverized bodies.

There were punching machines for making metal parts and benches for final assembly. One worker would screw in the pickguards, bridges, and tuners, then another would take over and solder the electronics together. Finally, new guitars would be hung up and tested through an off-the-line Fender amp.

Most early 1950s Fenders were only available in standard finishes: blonde for Teles, Esquires and Precisions, sunburst for Strats. But by 1956 “player’s choice” colored guitars became an option, and the following year these DuPont paint finishes were appearing in Fender’s catalogs as “custom” colors, a label that has remained ever since. Players started seeing Fenders in Dakota Red, Lake Placid Blue, Inca Silver, Surf Green and the like, but generally refused to hang such garish things around their necks. This means that they are now earning small fortunes.

Fender entered the 1960s in dynamic form. In July 1962, the price list included nine electrics (these were the Duo-Sonic, Esquire, Esquire Custom, Jaguar, Jazzmaster, Musicmaster, Stratocaster, Telecaster and Telecaster Custom) and three basses (Precision Bass, Jazz Bass and VI) , with 13 amps, five steel guitars and two steel pedals rounding out the lineup. But in 1965, a surprise looms. Leo Fender would sell the company [to CBS] which still bears his name.

Pen in hand: Vintage Tehachapi T-shirts: Do you have one in your closet? | Way of life