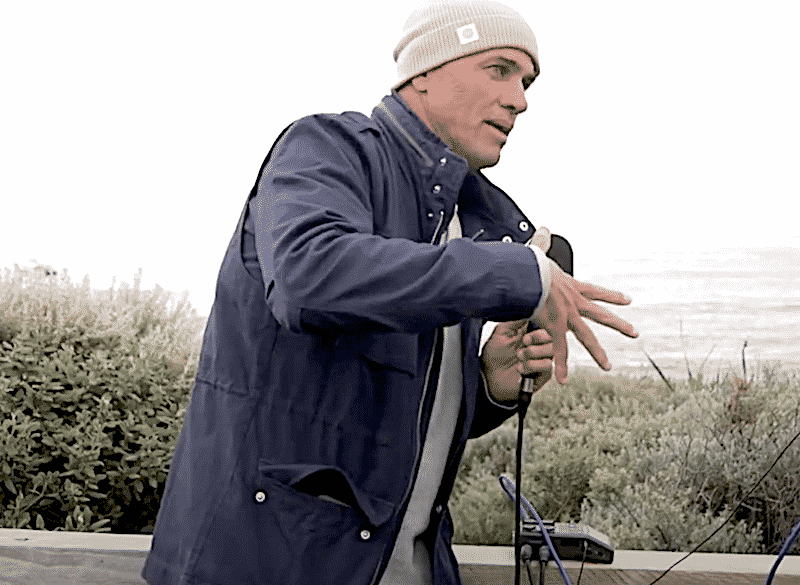 In a raw tell-all interview, Kelly Slater reveals the dark side of competition, “Sometimes I think, what the fuck am I doing,” cradling a convulsive pedestrian following a fatal hit-and-run accident and his pessimistic view of surfing, “I feel bad for the next generation!”

Amusing, or at least funny.

In case you’ve been living under a rock, F1 racing is now, officially, the hottest ticket in the United States of America. This fact may not come as a surprise, but it absolutely should. Only a few years ago, ultra-sexy and extremely exclusive motorsport was considered a lost cause in the land of the free, the home of the brave, entirely eclipsed by NASCAR and its lunar roots.

Last year, an event in Austin, Texas drew the biggest crowd of any international season with an attendance north of 400,000 over three days. This weekend’s race in Miami is officially the hottest ticket in the country with prices soaring into the four figures for modest seats.

A brave British production company, box-to-box moviescreated a series for Apple Television titled “Drive to survive“with in-depth interviews with drivers, teams, owners, fans that have been watched and loved by many.

All major media credit the program with the spike in interest that leads directly to professional surfing.

The same Box to Box is behind our Hit or misswhich you have certainly heard of here, here, here, here, etc. and I had the opportunity to chat with his showrunner (chief producer) for a limited 20-minute window to see if the former CEO of the World Surf League Paul Speaker’s bold statement that surfing would soon eclipse the National Football League could come true.

Warren Smith (not just Warren Smith), showrunner, agreed to chat and chat, but after a slight pause in communication. I wondered if BeachGritThe reputation of had preceded itself, World Surf League Guardians of the Wall ™ wiggling their fingers and closing the lines, but no, although he and other crew members read BeachGrit before and during filming.

In any case, Smith is handsome, as the Smiths used to be, direct and transparent. So we begin.

Did that fucking World Surf League try to limit your control or do you really and truly have full access?

We had access to all areas. With this show, they didn’t approach us. There was a chance meeting and we realized there was a world that was interesting here. They were open. We want to tell human stories and, as a world, there’s not a lot of surf content out there. We saw a great opportunity there. They opened doors for us, introduced us to the players, gave us access to the judges’ tower, wherever we wanted to be. But no, there was nothing forbidden.

The way we like to work, we take an approach (I can’t read my own writings). We are not surfers, we have no preconceived ideas. We were there to capture what we found fascinating. The world number ones have great stories but also surfers lower in the rankings. We were just looking for the interesting elements. We learned early on that sometimes things happen in the judges tower, for example, so we put a camera up there, but also very skinny. There aren’t a ton of cameramen everywhere. A lot of the footage ends up on the floor, it doesn’t go into the final edit, but (I can’t read again and seamlessly, I was taking notes with my daughter’s bright green pen while she was sitting in the parking lot of a San Clemente neighborhood suspect using his equally suspicious book “Crow Boy” as his desk).

It was flattering to hear the positive response from the surfing community. We get so immersed in it during production that we start to question ourselves. But if we focus on human history, sport being the reward, then hopefully everything will work out. Ultimately, we are also trying to attract a new audience. We want, and must, please the surf fan, but also explain everything to the new public. There were times when even we crew members asked “why is this so?” related to rules, etc. it is therefore important to clarify.

We discovered, upon entering, that there was a huge appetite (for surfing and surf culture). You have these incredibly fit and incredibly talented individuals competing in these beautiful places. We are trying to broaden that appetite. It’s a hard fucking sport to conquer. Seeing it up close, these guys and gals are amazing. It’s one of the hardest things. The talent. The ups and downs. And yet, all (the surfers) had the feeling that “nobody knows who we are”. Gabriel Medina, even, thought no one knew who he really was. It was a bit difficult to capture, properly, in Hawaii because we had all these Covid restrictions, but once we got to Australia we had much wider access and that’s where you see it picking up really. The surfers themselves don’t care about our cameras. They are here to win world titles, not to be TV stars.

Challenges ? I think the stakes in surfing can be much higher for the individual than F1. Surfers are just one step away from being able to focus solely on the professional sport. There are six tiers of professional football leagues in European football, for example, so a player has plenty of opportunities to support themselves. But in surfing, if you don’t make the cut, you won’t be able to support yourself. All these surfers are freelancers. I think there are incredible stakes that way.

All in all, it feels like the surf is in good, or at least honest, hands with the team at Box to Box. There’s a self-awareness about what surfing is, what it can be, how it can be, that feels realistic. He is not trying to create a narrative out of the ether for nefarious gain. Plus, there’s a constant eye aimed at the heart of the conversation. For BeachGrit and Ain’t the swell etc A much more stable eye than our own World Surf League.

Surfing will never be more popular than the National Football League (sucks, President) because of “why is it like that?” There are a lot of “why is this so?” but that makes it fun, I guess, or at least funny.