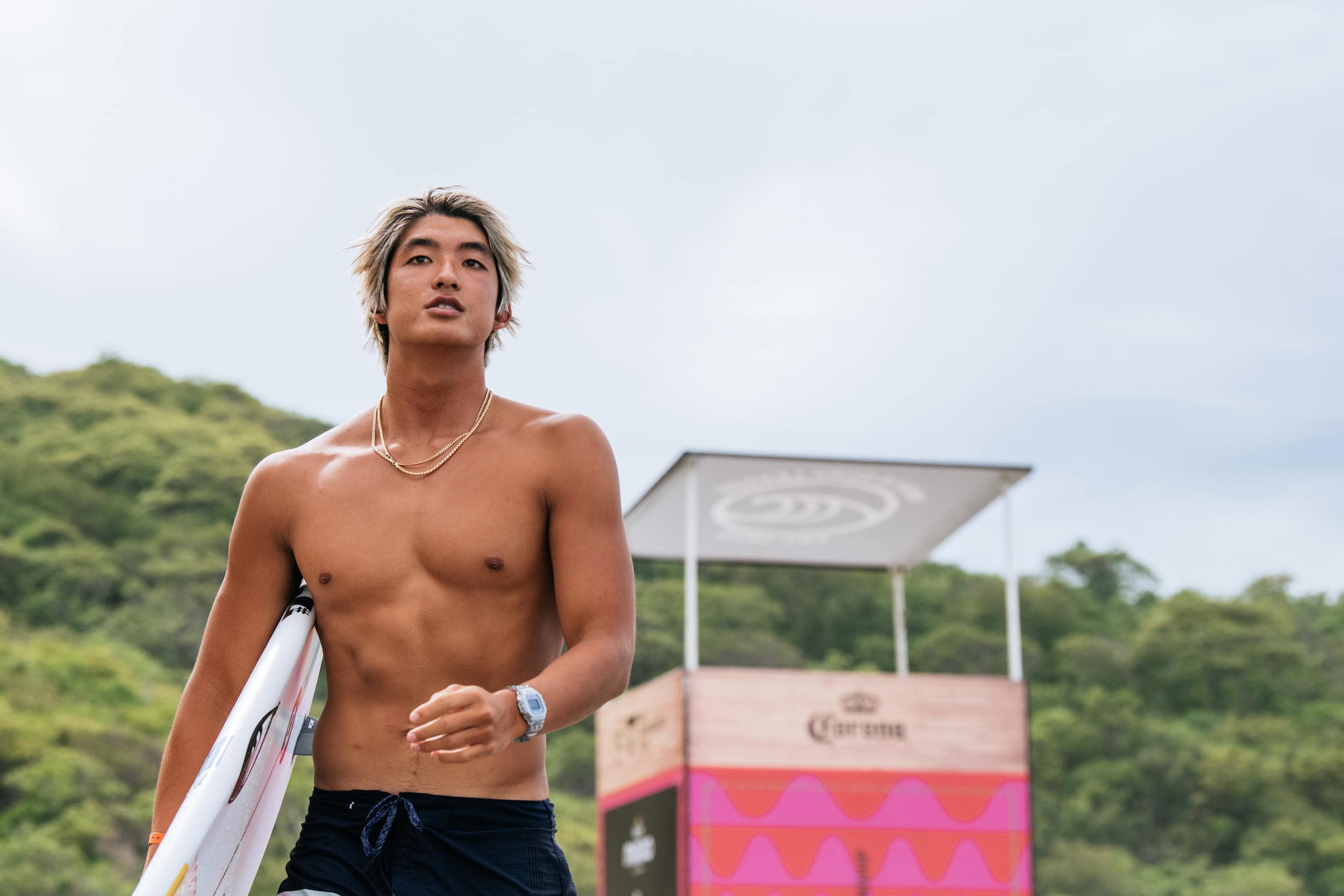 The new surfing docuseries from Apple TV+ Hit or miss charts the fortunes of nearly 50 competitors as they vie for the title at the World Surfing Championship.

You get to know the underdogs and the favorites in this no-holds-barred look at the dangers and excitement of a sport that doesn’t always get the prestige treatment. This quickly edited seven-episode docuseries will show you the ins and outs of professional surfing as competitors aspire to the title.

In the new Apple TV+ surf documentary, you meet Tyler Wright, Kelly Slater, Italo Ferreira, Gabriel Medina, Morgan Cibilic, Matt McGivilray, Felipe Toledo, Stephanie Gilmore and more. These surfers come from all over the world and are united only by the desire to be the best.

There’s an unfortunate streak in the way this docu-series treats its characters (which has bafflingly already received a second season, despite appearing as a screener Monday of last week ahead of its premiere today). I like the idea of ​​surfing. And as a show, it’s quite hypnotic and beautiful. But I don’t know anything about surfing or modern surf culture, relatively speaking.

Hit or miss opens with a surf journalist talking about the Wright Family Surf Dynasty as if we all already know this stuff. Which of course means that nobody involved in this project thought for a second that nobody already liked surfing.

The series allows about 6 inches of wiggle room for the uninitiated. But above all, like the surfers here, you are thrown under the waves. When advertisers tell us we saw something extraordinary, and the judges give it a perfect 10, it would be very cool to know why.

Everyone looks good on a surfboard here. They are all champions. But why exactly is one performance better than another?

You may remember, all the way back to deep and inconsequential stupidity size code, that I suspected the only reason Apple TV+ paid for this Gotham Chopra money laundering scheme was because the executives were hoping to bond with sports personalities he had been squabbling over for the sake of being interviewed for 10 minutes about their incredible quality.

Well, here we are. Apple TV+ is reaping that particular crop as a surfer Kelly Slater returns as the talking head in this surf competition show.

Producers Ryan Holcomb and Erik Logan (bowl), James Gay-Reese (awful Apple TV+ doc 1971: The year music changed everything) and Paul Martin (who, like Gay-Reese, produced the sports documentaries Diego Maradona and The Kings) know they have a cash cow on their hands. And they don’t do it for a second act like the audience for that kind of thing isn’t built in.

Surfer Tyler Wright, in one of a hundred tangents who receives no following, pushback or other support, says something like, “Surfers are considered hippies, but we really are competitive assholes.”

OK, but are they still considered hippies? How did it start? Has this ever been true? No one?

The best moments of Hit or miss happen when they stop editing it as a sports competition and just show you the surf without interruption. The editing of this show proves infuriating, as the creators don’t believe the view of the surf (you know…the reason the show exists?) is interesting enough without cutting every few seconds ride a dozen times just in case you completely turned around for a few seconds and then looked back.

The cinematography is quite decent. Yes, the composition is erratic, but the waves themselves couldn’t be more beautiful.

Surf movies owe their existence to Bruce Brown’s excellent film endless summer. This 1966 surfing documentary takes a terse, no-pressure attitude to the idea of ​​watching guys catch waves that are simply impossible to fathom, from their size to their ferocity.

But for years, the appeal (as far as I could tell, anyway) was that surfing was one of those things, like skateboarding or punk music, that people didn’t think they should take seriously. That’s why to this day some of the best artifacts around the idea of ​​surfing (for my money, stuff like the 1987 exploitation movie Surf Nazis Must Die or the Interpol video”All the rage back home“) embrace the sport’s connection with the disreputable.

Most importantly, these projects don’t add narrative to the surf itself. It’s the kind of pure vision that resists narrative. It’s like watching the animated paintings of Ken Jacobs. It might be an awkward one-on-one, but the fact is, surfing is great for the part of your brain that’s just interested in the act of looking.

Make a show on the corporate maneuvers necessary to make World Surfing League happening in the face of, say, a shark attack, is contrary to the reason for watching the surf in the first place. It’s perfectly fine TV, but it feels like a huge missed opportunity.

Hit or miss it’s not about surfing. It’s about modern competitive surfing culture, and it’s just not that interesting. Especially when you consider that right there the finest sports performances happen, if the show would just point the camera at them and stop talking.

Watch Hit or miss on AppleTV+

Scout Tafoya is a film and television critic, director and creator of the long-running video essay series the unloved for RogerEbert.com. He wrote for The Village Voice, Film Comment, The Los Angeles Review of Books and Nylon Review. He is the author of Cinémaphagie: On the classic psychedelic form of Tobe Hooper, the director of 25 feature films, and director and editor of over 300 video essays, which can be found at Patreon.com/honorszombie.

Kalamazoo ‘Bike Rodeo’ will get kids ready for summer biking

What’s New in Nantucket for Summer 2022