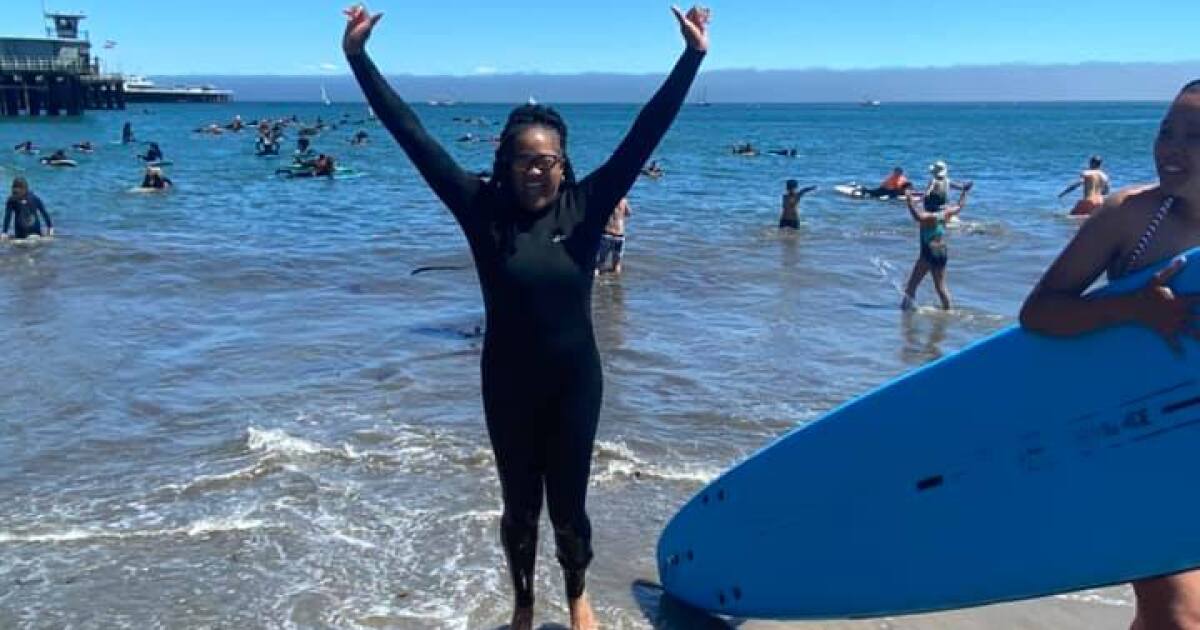 Well, hello, Santa Cruz County! It’s Thursday June 16th and we have another sunny day ahead of us, with temperatures in the high 70s for most of us.

Temperatures are sure to rise amid the latest news from the Santa Cruz City Council, which has given the green light for the next stages of development plans that could put 15- and 17-story buildings downtown – up to twice the height of the Palomar building which has long been the tallest in the city center, reports Max Chun.

Meanwhile, as Santa Cruz gears up for June 19th celebrations, Mark Conley spoke with local United Way leader Keisha Browder about how she gradually become more comfortable in very outdoor spaces most Santa Cruz residents use to justify the astronomical cost of housing. The paddle outing she plans to attend on Sunday is just one of many June 19 events in the area, and Hillary Ojeda has a preview as organizers mark 30 years of celebrations.

On the political front, we received another update from the county clerk’s office on Wednesday, with 3,000 more votes counted and some small changes to county supervisor racing and a sales tax increase in Santa Cruz. In an op-ed for Community Voices, former Mayor Mike Rotkin outlines what he sees as post-Measure D steps for the Regional Transportation Commission, including seek federal and state funding for railroad development.

And today marks the last episode of our series of stories written by Diamond Technology Institute studentswith Brandon Castillo introducing us a pair of Santa Cruz County Sheriff’s Deputies.

In the headlines, we will…

The historic Palomar building has long towered over downtown Santa Cruz at nearly 90 feet – and set a precedent for the height. Now, in massive redevelopment plans for the Lower Pacific and Lower Front, the city council is moving forward with plans for four buildings twice as tall, to help quickly build 1,600 housing units. How will the idea play into changing Santa Cruz? Max Chun digs.

Keisha Browder, local United Way manager, says, “We went to Natural Bridges and then Henry Cowell. And it was like, ‘Wow.’ So pretty. And I say, “I belong here. Read his Q&A with Mark Conley here.

➤ SINCE LAST YEAR: Sunday’s Liberation Paddle Out: ‘There are black people in this town – and they would like to be part of it’ (Lookout)

Santa Cruz Juneteenth organizers are feeling the momentum of historic Juneteenth last year – when it was declared a national holiday – and are looking forward to another milestone: 30 years of celebration in Santa Cruz. Get a preview here from Hillary Ojeda.

➤ MORE JUNE 19: Find a complete overview of this weekend’s celebrations

Measurement D is complete. The RTC needs to get federal and state money.

Santa Cruz voters have spoken. Now what? In an op-ed for Community Voices, Mike Rotkin, former five-time mayor of Santa Cruz and member of the Regional Transportation Commission, writes about the next steps for the RTC and how we can overcome the impasse and take action. This will require federal and/or state funds, local fundraising commitment, patience, and a desire to work together. Read his full opinion piece on Community Voices.

➤ LETTERS TO THE EDITOR: NuBo neighbor hits back, says brewery ‘never belonged in this space’
➤ MAKE YOUR VOICE HEARD : How to Contribute to Community Voices

With the validity of their petition signatures confirmed, critics of the downtown Santa Cruz mixed-use library project can now plan to take their issues with the development to city voters. Grace Stetson delivers latest update.

Want more? Consult our Job Board.
Hiring? Publish an offer.
*NEW* Buy packs of four or eight jobs to save 25%. Refundable at any time; get your packages here.
****

How’s that for a tiny bit of local news on a Thursday? And stop me if you’ve heard this one, but Lookout has more up our sleeve. In a few hours we will have Weekend, Wallace Baine’s newsletter with news and insights from the local arts and entertainment scene, including B9, his recommendations for all the great things to do around Santa Cruz County. Sign up for this and all of our newsletters, as well as news alerts, by visiting our Lookout newsletter and text center. You can also keep an eye throughout the day by bookmark our website and follow us on Facebook, Twitter and instagram.

To ensure you stay informed of all that is happening in Santa Cruz, please consider become a Lookout member if you are not already. Our content is not possible without the support of the community.

Happy Thursday, the weekend is in sight!

Cameron Smith: Dads teaching the next generation to ride the waves