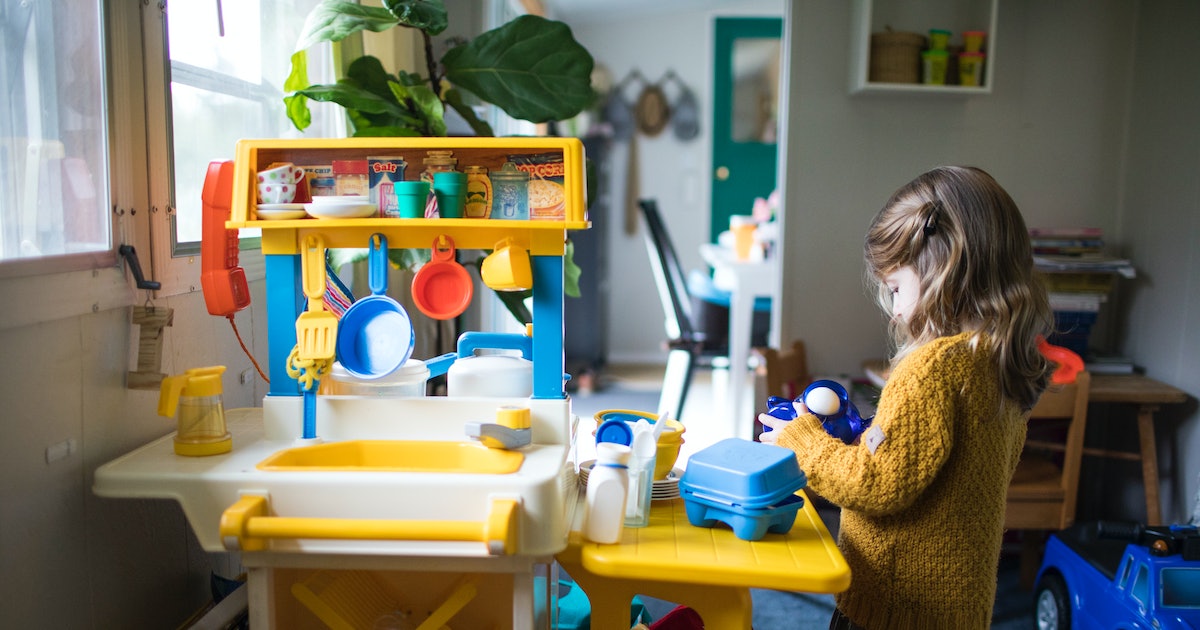 Several years ago, a friend living in San Francisco mentioned, “I need to pick up a Pack-and-Play that I got from my Buy Nothing band.” At the time, Buy Nothing Groups hadn’t arrived in my corner of the Midwest yet, so I had to do some research. I could not have foreseen how important these groups would become in my own life.

The Buy Nothing Project was founded in 2013; the idea was to provide a place to give and exchange without cash. These communities, mostly organized through Facebook groups, are based on dialogue and the absence of obligations. When you post something that you offer, you don’t have to offer your article to the first person who responds. You can also request items based on what you might need at the moment. These groups are hyper-local (mine is zip code focused) so when you join, you get to know your immediate community well.

When our first local Buy Nothing group appeared on Facebook, I was surprised at how much I bonded with the group. It was mostly made up of moms, and the items listed were always fascinating: bottle dryers, plantar fasciitis splints, rows of playtime shoes and little red carts, paint faded but still perfectly serviceable. I once received an oversized bag of onions mistakenly delivered in a grocery order and made delicious French Onion Soup that night (but not before stopping to chat with the giver of his son’s ESL lessons and my daughter’s obsession with My little Pony). Some of the items offered were tiny (a Ziplock full of unused stickers) and some were quite large (bunk beds with a ladder), but they were all gifted in hopes that the items could live in another home.

I gave a handful of hardback books to a newly pregnant woman. She responded by sending a proud photo of her nursery. This fall, I made reusable cloth snack bags and gave them away before our kids started school, and one of the recipients was a classmate of my daughter’s. I once offered a large print I made of a seagull soaring over an ocean. This was from one of my favorite trips to Charleston. When I asked members to tell me their favorite beach memories to receive the print, I was inundated with stories of honeymoons and hometowns, family vacations where kids immersed themselves in the waves. After the chosen recipient picked up the painting, she told me it was going to her aging parents’ newly reduced home, remembering all the journeys they had yet to experience. In return, she left me a surprise packet of brownies on my porch.

I also received many things through my Buy Nothing group. There’s the old electronic skipping rope that kept us sane through the long winters and the matching ceramic mugs that my daughter likes to use for hot chocolate. A member dropped off a playhouse that has become one of my daughter’s favorite places to pretend. And one night, I picked up cookies from a neighborhood professional baker, who made too many batches of tulip-shaped snickerdoodles for an event. She and her children sat in their front yard to play, as the community streamed in and grabbed beautiful, individually wrapped cookies for their families. It was during the height of the pandemic, and this little interaction made us feel a little more connected.

Sometimes when I’m on the go, I meet another parent who smiles and says, “Oh yeah, you gave us the stitch markers my son uses every day.” We follow each other’s names; we learn details about each other’s lives and keep them close. I once posted an ISO (looking for) for descent decorations, which I struggled to find for my daughter’s birthday. Nobody had one, but a few days later someone tagged me in another post with a red descent sweatshirt. “Didn’t you say your daughter loved descentThis shirt is now one of my daughter’s favorite items in her closet.

The most touching messages I found were those of loss. Sometimes someone would post with a gift of unused dog food or a heating bulb for a chameleon, mourning the pets who suddenly passed away, while also hoping to make another member’s life easier. These messages would be inundated with comments full of sympathy. Sometimes a new mom would post an ISO for pajamas, and other parents would chime in with their newborn sleep tips. Occasionally, mothers with adult children would post truck-printed sheets or a vinyl princess lunch box, sighing, “Guess we don’t need it anymore.”

One thing that separates a Buy Nothing group from Facebook Marketplace or a number of other exchange groups is that the admins require all members to leave their requests and gifts on the feed, even after the end of the group. ‘exchange. So the group is meant to be a living document, a way to keep track of all the ways we’ve taken care of each other over the years. And when I scroll through old messages, I see how many things have changed hands. I imagine children playing with toys that others have liked and then redistributing them. It is a new type of inheritance, which does not pass through a single family, but through a whole community.

The Internet is not always a pretty place. A Buy Nothing group reminds me that in addition to tangible items that make life easier and more enjoyable, we all have something to give, even if it’s just a few words of comfort. We need the attention of others, especially as parents, and sometimes we can find that support in very unexpected places.

Thao thai is a writer and editor based in Ohio, where she lives with her husband and daughter. Her work has appeared in Cup of Jo, Kitchn, Eater, Cubby, The Everymom, cupcakes and cashmere and other publications. Her first novel, Banyan Moonwill be released in 2023 by HarperCollins.

In Barbuda, locals fight to protect a wetland and centuries-old way of life

Republican candidates for the Pender Board of Commissioners, District 1