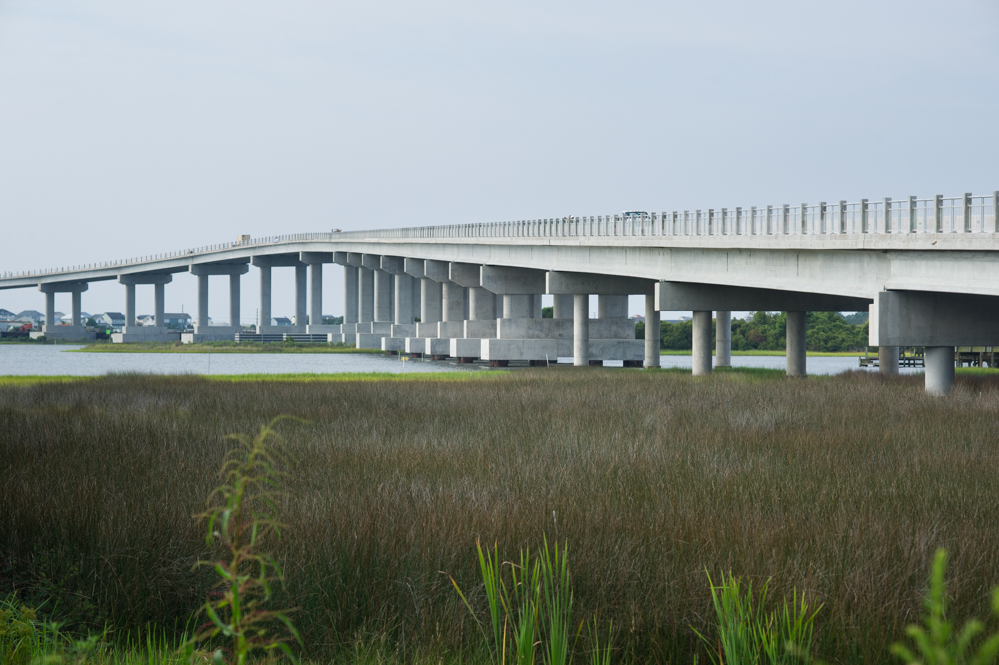 SURF CITY – The Town of Surf City will receive additional landscaping and landscaping upgrades this fall with funds set aside by the North Carolina Department of Transportation (NCDOT). The work is being funded as a secondary component of the newly constructed bridge connecting Surf City to Topsail Island, which opened in late 2018 under the state’s Transportation Improvement Program (STIP).

NCDOT’s street aesthetics policy allows cities to request up to 1% of STIP construction costs for additional beautification, according to NCDOT spokesperson Lauren Haviland. Natural Choice Contracting, LLC received $405,426.13 on December 15, 2021 to complete the work, which is expected to begin this fall.

“This is another opportunity to spruce up Surf City more than it already is and bring some extra elements to certain areas, such as Roland Avenue, that don’t have landscaping per se,” City Manager Kyle Breuer said.

Work will be carried out in two phases to install landscaping, plant beds and landscaping across the roundabouts on the mainland and island sides of the 65-foot Surf City Bridge. Built for $53 million, the high-rise bridge replaced the city’s iconic swing bridge, built in 1955.

READ MORE: A new high-rise bridge in Surf City will open to the public on Tuesday, the old bridge will be demolished by spring

The first phase of the project will include the installation of an irrigation system and landscaping along Roland Avenue. It once connected the mainland to the swing bridge, but the area has not been embellished since the monument was dismantled in 2019.

Roland Avenue begins at Beach Bum Builders and ends at Soundside Park where it joins the Intracoastal Waterway. The textured stamped concrete will replace 1,150 square feet of the current sidewalks to create a boardwalk appearance, Breuer said.

The city is responsible for maintaining the landscaping after the NCDOT has completed its installation. Breuer said he has been coordinating this project with the transportation department since taking office as city manager in January 2020 and is looking forward to seeing it come to fruition.

The City of Surf City is responsible for all maintenance of the proposed work once completed, per an agreement with the NCDOT, Haviland explained.

On the mainland, new signage, “Welcome to Surf City,” will be installed, with a 35-foot nautical-style lighted mast welcoming travelers to the other side of the bridge.

“NCDOT will work closely with the city over the next year and a half to ensure this project runs smoothly,” Breuer said.

He added that crews will be working within the boundaries of the rights-of-way, but not actually on the roads, and impacts to traffic should be minimal.

Want to know more about PCD? Subscribe now then sign up for our morning newsletter, Wilmington Wireand get titles delivered to your inbox every morning.

Knicks takeaways from Saturday’s 112-103 loss to the Trail Blazers, including fourth quarter slump