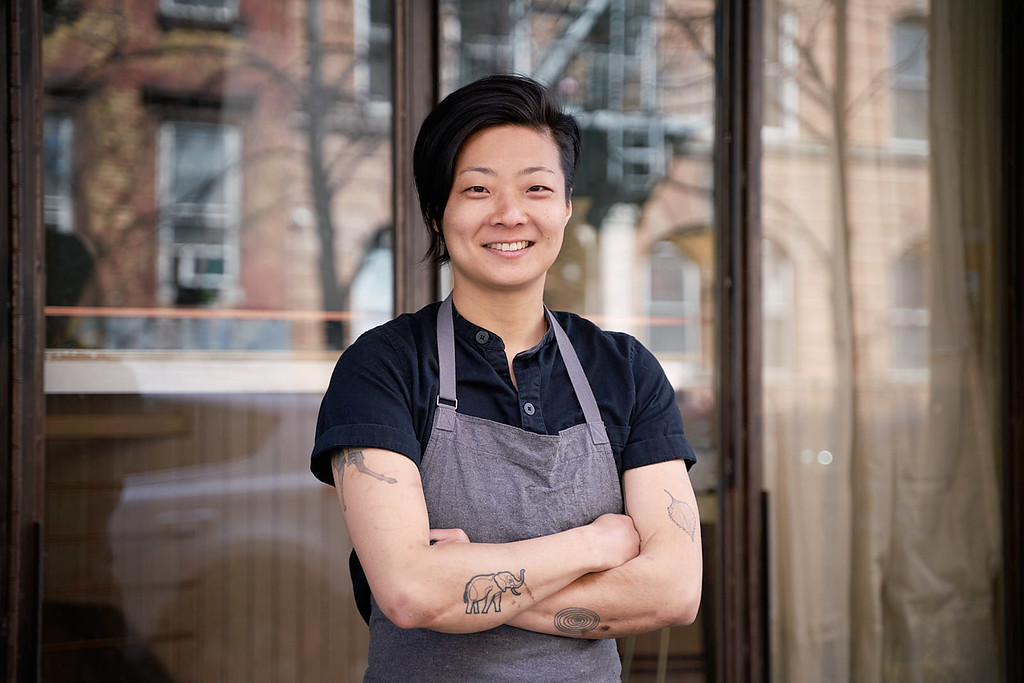 Getting the city dweller out of town isn’t easy, but New York chef Hannah Wong is doing pretty well in her new home in Kinderhook, Hudson Valley, Columbia County.

Wong moved in July to be the executive chef of a culinary concept trio at Kinderhook Knitting Mill, a 19th-century knitting factory turned culinary oasis. Under Wong’s guidance is a daytime coffee, tea and lunch, Morning bird, who started serving lunch last week; a lounge called The Nest slated to open in spring 2022; as well as a new Indo-Dutch restaurant, the Aviary.

Other stores will join the multipurpose space: OK Pantry, a general store and a soda fountain with a selection of Scandinavian and Japanese brands; and the Kinderhook Bottle Shop offering natural wines from small producers, both open in December.

Wong, who is of Korean descent and grew up with adoptive Chinese parents, is particularly drawn to the flavors of Southeast Asia, which she explored while living in Hong Kong as a Fulbright scholar. After traveling through Cambodia, Vietnam and Malaysia, she says: â€œI fell in love with the flavors of street food and the vitality of everything in these countries, especially the good balance of spices, warmth. , acidity and sweetness. I always make sure that these different elements are balanced in my food, and that there is a complete flavor profile for each dish.

She has spent the past 10 years cooking in New York City at upscale restaurants like dB bistro Moderne and Gramercy Tavern, before going on her own in 2019 with her friend and business partner Yen Ngo. Together, they opened Van Äa, a modern Vietnamese restaurant in the East Village, which has been recognized as Bib Gourmand by the Michelin Guide.

In 2020, just at the start of the pandemic, Wong was opening his own restaurant, Haema, in Brooklyn, with an eclectic menu of dishes inspired by street food from different parts of Asia. But at the last minute, she gave up the lease and turned Haema into a series of New York pop-ups that instead draw inspiration from Chinese, Japanese, Korean and Southeast Asian flavors, sometimes through a Western lens: “Surfer et surfer” fried rice, pappardelle of short ribs pho, pulled duck spring rolls, kabocha-squash curry.

â€œI really felt like I needed to take time for myself,â€ she said. â€œI wondered about the value of paying so much to live in the city. Plus, it’s relentless and you don’t have a lot of space for yourself. I had thought a lot about community and how to build community through the food I cook.

The attraction of the Hudson Valley

Meanwhile, Ngo had previously bought a house in the upstate – she still runs Van Äa in the city – and bought the Kinderhook Knitting Mill space, along with local Darren Waterson.

The avian theme, according to Nic Der, Creative Director and Director of Kinderhook Knitting Mill, took off after Ngo and Waterson visited the future Aviary space. The metal depot behind the factory served as a production facility during World War I when the textile factory shifted gears and began knitting hats, gloves and blankets for soldiers. The lightness of the space inspired the name of the aviary; It wasn’t until later that the team discovered that there was once an aviary in Kinderhook.

Wong didn’t like the project initially, but then the pandemic mentality hit. â€œI hadn’t predicted it. But I mean, it’s the pandemic, right? It just taught us to be more flexible and to think outside the box. “

In March 2021, she accepted Wong’s invitation to move to Kinderhook to be the executive chef of Aviary and oversee food at Morningbird and The Nest.

Related: 15 Things To See. do and eat on a day trip to Kinderhook

â€œI never thought about living in the upstate before,â€ said Wong, who grew up in New Jersey. â€œIt just happened to be the right time in my life to take a step. I just packed my bags and moved over the summer.

Between preparing lunch at Morningbird and preparing to open the aviary, Wong is adjusting to life in the upstate. She rented one of the four large apartments in the Kinderhook Knitting Mill building.

â€œIt’s like night and day between here and New York,â€ she said. â€œI’m going through stages where I feel pretty lonely and miss my people, but when it comes to the physical space it allowed me, I’ve never felt so free.â€

And, of course, she tastes local food, including Prospect at Scribner’s Catskill Lodge and Harvest Smokehouse at Golden Harvest Farms in Valatie, which she now visits twice a week. â€œTheir barbecue is really solid,â€ she said. â€œIt’s very cold and there is a distillery on site.â€

She’s also a fan of Lil ‘Deb’s Oasis in Hudson: â€œI love how weird it is. I like the atmosphere. And the food is always there. It looks like an industrial type of restaurant. And she digs the grilled cheese, craft beer and the cozy vibe at Saisonnier in Kinderhook.

Another advantage of living in the Hudson Valley is direct access to farms. â€œIt was a great joy for me,â€ said Wong. â€œIn town, you can’t really go to the farm and meet the farmer on his land. Even while working in a restaurant, there is a buyer who goes to the farmer’s market every day.

Wong’s favorites so far are Berry Farms in Chatham and Samascott Orchards in Kinderhook, but she also has a soft spot for the Troy Farmer’s Market. â€œI thought it was just like the cutest thing. And I discovered a lot of cool things, as if there was a fishery that had [smoked] scallops which I ended up using in my fried rice. And this little farm in the Berkshires that made some really amazing cheese.

While enjoying the local food scene, she said she misses some real Asian food. She drives to Albany to eat Chinese, something she can’t find nearer, and always goes to Queens for some great Thai food.

This lack of diversity, especially when it comes to Asian culture, has been one of the most difficult adjustments in his life in the upstate. â€œI just don’t see a part of me reflected in the people around me,â€ she said. “I’ve kind of adopted a lot of these flavors and that’s exactly what my heart and stomach crave.” The Asian population of Columbia County, where Wong lives, is just 2%, according to census data.

Infusion of Asian flavors in the planned menu

Fortunately, Asian flavors are in the spotlight at Morningbird, where the egg sandwich is served on a milk bun with lemongrass pork sausage, and the Thai herb salad uses slowly cooked local trout.

The Aviary menu, on the other hand, is designed to be a mix of Dutch – the historical context of the region – and Indonesian. â€œI think the third part is the Hudson Valley,â€ Wong said. â€œWe want to work with the suppliers here as much as possible. This means getting trout from the Hudson Valley fishery and meat from Kinderhook Farms or Lover’s Leap.

While the Aviary menu is still ongoing, it’s clear that Wong is infusing these local finds with his sophisticated Asian flavors.

The Indonesian rendang stew from the Aviary menu will feature local lamb on a coconut milk polenta, with seasonal vegetables and a spicy sambal sauce. The raw mackerel will be served with pickled onions and a beef tartare with smoked beets and lemongrass. Another appetizer, Scottish Quail Eggs, is a perfect representation of the restaurant’s concept.

â€œQuail eggs are very common in Southeast Asia,â€ Wong explained. â€œAnd I think wrapping them in sausages and frying them is very Dutch. We will serve it in a small nest of fried root vegetables.

While Wong admits that she always tries to tap into the rhythm of the city, she is thrilled to be there and to be back in the kitchen.

â€œI feel like time goes by differently here,â€ she said. â€œI think I get up a lot earlier, which is great, and as soon as it’s like 9 or 10, I’m kind of done. I try to lean into the rhythm and natural cycle of life here, which I think my body craves.

She is even looking for a place in the Hudson Valley to reopen Haema. â€œIt’s a concept that I feel like I can open up somewhere outside of New York,â€ she said. â€œSo we keep an eye on the cities in the making and look at the spaces,â€ she said.

And she is not alone. â€œCertainly a few chefs that I know are starting to spend more time upstate,â€ she said. “And that’s pretty exciting.”

More Tastes of the Hudson Valley