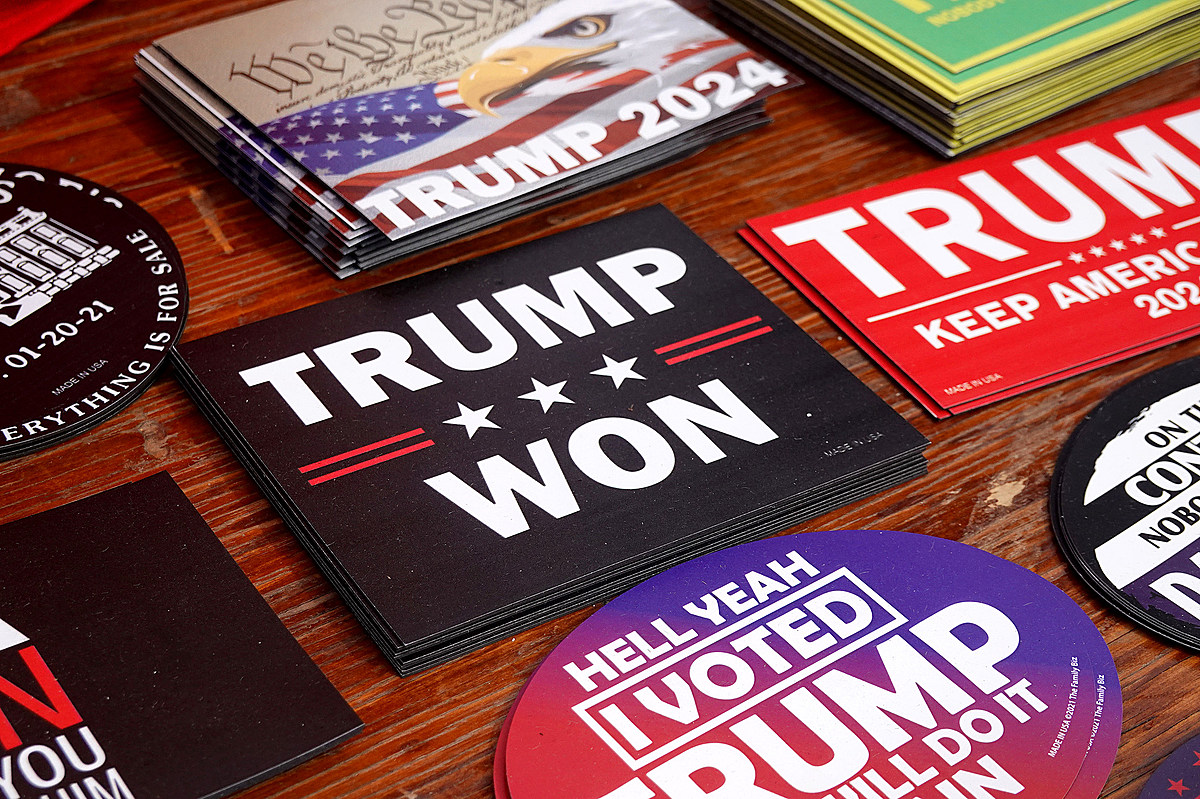 Politicizing your NJ business? Here is a little message for you

Stores with a political agenda are nothing new here in New Jersey, as well as nationally. And while there seems to be a huge increase in this type of store in recent years, it’s only natural that this happens when it comes to popular political candidates.

Recently, my colleague Kylie Moore told you about a brand new “Let’s Go Brandon” store that opened in Toms River. Now yes, this place might seem a little extreme to some, but again, that’s to be expected to some degree.

But outside of this location, you’ll find even more stores like this scattered throughout the Garden State. Some people love them, and others resent them. But that’s politics, and it always has been.

Now, there’s something else going on all over New Jersey that seems to be little more than a political store opening. Some New Jersey companies seem to advertise which side of the aisle they are affiliated with.

One such company is located in Hazlet. Before Donald Trump became president, this place was just an ordinary nursery. It still is today, but now markets itself with quite the red lean.

Not quite like the “Let’s Go Brandon” store in Toms River, but the same passion is there. And instead of T-shirts and stickers, it’s tulips and mulch.

Even the slogan of Dutch & Olga’s Greenhouse goes with the theme. It’s time to make your garden even more beautiful.

This business is just one example of what others are doing right now across the Garden State. While the nature of what is sold in companies is not political, the way companies market themselves is.

And it doesn’t have to be extreme either. It could be as simple as waving a flag for all to see.

In this case, we are politicizing the garden. I mean, why can’t every vegetable and every flower in the garden represent your favorite candidate?

Again, this particular company is just one example. So if you’re a business owner who chooses to do this, here’s a little message I have just for you.

Keep doing what you are doing. Much like the garden center above, it’s up to you how you want to represent yourself.

But that said, please keep that in mind as well. You are most likely alienating some of your potential customers.

Unlike a store that brands itself based on a political candidate or party that would only get a specific group of customers, a business like a garden center could do more than that.

Not only is it already specific to people looking to garden, but this group that would go shopping is further divided based on party or candidate affiliation. This wouldn’t necessarily apply to all customers, but some would disagree enough with the political bent to avoid shopping around the company about it.

Frankly? It’s their choice not to shop at your establishment, just as much as it’s your choice to politicize it. And you know what? There’s nothing wrong either.

Look, politics suck. Always has been and always will be. I am therefore sure that those who decide to politicize their company know what they are doing.

As for me? Personally, I am not a fan of companies that become politicized. Never been, whether the lean was red, blue or purple. But you know what? It’s OK too, because I know I can’t be the only one feeling that day.

But if you decide to politicize your business in New Jersey, I find nothing wrong with that and encourage you to continue doing so. But keep in mind that your decision to politicize an apolitical business will most likely prevent some from shopping at your establishment.

We are coming another summer to the Jersey Shore! Before you lose yourself in the excitement of sunny days on the sand, we calculate how much seasonal/weekly/daily beach beacons will cost you, and pre-season deals you can still take advantage of!

NJ County Fairs are making a comeback: Check out the schedule for 2022

UPDATE 4/10: A current list of county fairs happening in the Garden State for 2022. From rides, food, animals and hot air balloons, each county fair has something unique to offer.

Brunswick man died after falling from his surfboard

World Surf League CEO Erik Logan will be celebrated at a grand beachside environmental ball for his extraordinary greenwashing achievements this year!