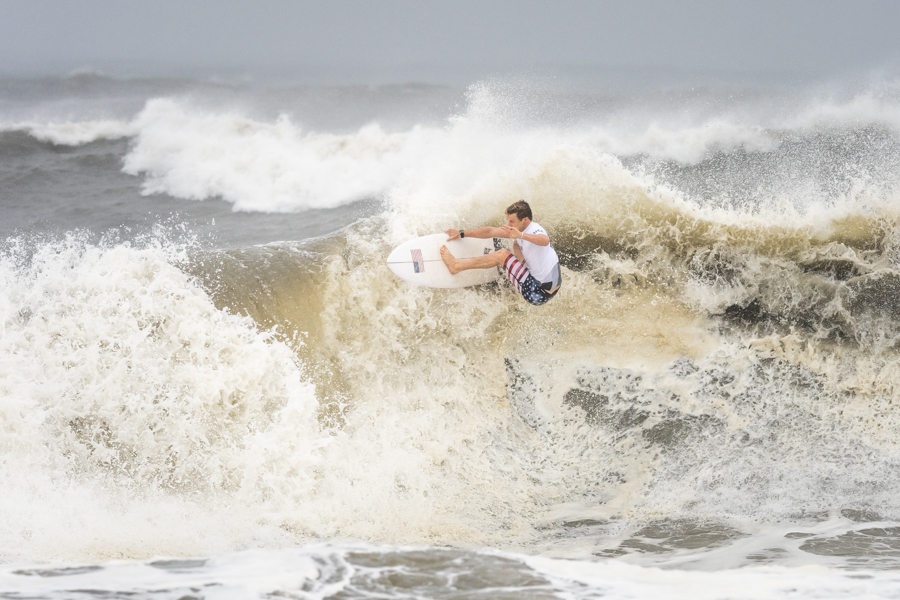 Should the Olympics come to town in 2028?

SUPPORT THIS INDEPENDENT JOURNALISM
The article you are about to read comes from our journalists doing their important job – investigating, researching and writing their stories. We want to provide informative and inspiring stories that connect you to the people, issues and opportunities within our community. Journalism requires a lot of resources. Today, our economic model has been interrupted by the pandemic; the vast majority of our advertisers’ activities have been impacted. This is why the PD time now looks to you for financial support. Learn more about our new Insider Program here. Thank you.

The Olympics are set to land in Los Angeles in 2028, and with surfing now officially on the schedule, the question is where will they hold the competition?

Some say it at being in Malibu, given the iconic straight point’s proximity to the heart of LA Others speculated that Huntington Beach made the most sense, as it regularly hosts the US Open and has the infrastructure to handle large crowds.

Then there are those who think Lowers is a given. It’s a consistent summer wave of high quality and high performance, which by then will have seen the WSL World Champions crowned on the cobbles in 2021, 2022 and 2023.

Rip Curl and the WSL are in the middle of a three-year deal.

But let’s back up a bit and talk about what something like the Olympics would mean in our backyard from a surf tourism and economic perspective.

The report, titled “Surfing: Global Market Trajectory & Analytics,” goes on to say that “the US surfing market is estimated to be worth $1.2 billion in 2022.”

It comes as Dana Point is set to launch a $400 million harbor renovation and put a renewed emphasis on its storied surfing tradition. And on the road, the US Board Riders National Championships will be held in Lowers on April 21-22, while the Rip Curl WSL Finals will be contested in September.

From Salt Creek to Doheny and out to Trestles and San Onofre, there is plenty of energy and opportunity in our local waters.

Meanwhile, according to a 2007 economic impact study by Surfrider’s Chad Nelson, surfers spend between $8 million and $12 million annually in San Clemente when they come to surf in Trestles. Fifteen years after the study was published, and that number must be considerably larger today, especially given the “COVID rebound” the surfing industry has enjoyed over the past two years.

Anecdotal reports from contacts at some of the major surf brands, as well as surfboard manufacturers, all indicate that the surf business is booming right now, especially hard goods.

Wetsuits and surfboards have been in high demand in recent years due to a huge increase in participation. (What else was everyone here supposed to do when the rest of the world shut down?)

Due to port slowdowns, shipments of wetsuits from Asia to the West Coast mean supply remains low, while demand is on the rise. Meanwhile, surfboard factories in the area can only produce a limited number of boards per day. Custom orders can no longer be processed as quickly as before, leaving a limited selection on most surf shop racks.

The argument that surfing industry insiders have long made about including surfing in the Olympics is that it would help “grow the pond” and attract new entrants. I would say the pandemic, coupled with an effort to increase inclusion and diversity, has had a much greater impact.

That’s not to say surfing’s Olympic debut in Japan in 2021 hasn’t reverberated around the world, but the nuanced competitive format wasn’t exactly fan-friendly for the casual observer.

Moreover, the Olympics are not the cash cow that is often thought to be. According to an Oxford University report quoted by the New York Times“every Olympics since 1960 has gone over budget, at an average of 172% in inflation-adjusted terms.”

So with the surf industry booming and lots of good things already happening in our local waters, would the 2028 Olympics in Trestles be a good thing or not? I would love to hear your thoughts on the subject.

Jake Howard is a local surfer and freelance writer living in San Clemente. A former editor of Surfer Magazine, The Surfer’s Journal and ESPN, he now writes for several publications, including Picket Fence Media, Surfline and the World Surf League. He also works with philanthropic organizations such as the Surfing Heritage and Culture Center and the Positive Vibe Warriors Foundation.

BECOME AN INSIDER TODAY
Trustworthy, accurate and reliable local news is more important than ever. Support our newsroom by making a contribution and becoming a subscriber today.