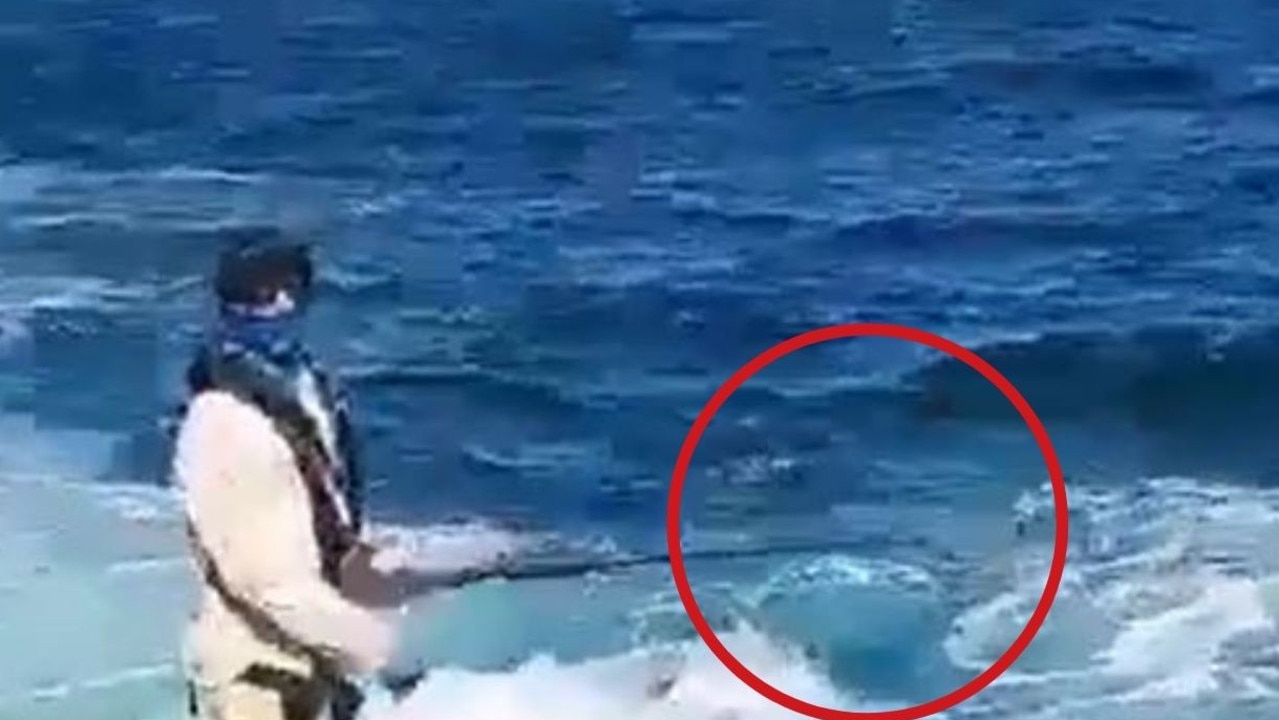 Many have pointed to a “disturbing” detail following a deadly shark attack in Sydney, with footage showing people watching the event unfold.

Emergency services were called to Buchan Point in Sydney’s east at around 4.30pm on Wednesday following reports that a shark had attacked a swimmer in the water.

The person died after suffering ‘catastrophic injuries’, with human remains found by rescuers around 6pm.

Chilling footage of the attack began swirling online shortly after the incident, but it wasn’t just the horrific attack that shocked viewers, it was the reaction of witnesses.

“Someone just got eaten by a shark,” the man recording the video can be heard shouting, adding that it was a “great great white.”

Huge splashes can be seen with the water in the area turning red and the birds circling overhead.

Broadcast your news live and on-demand with Flash for $8/month and no lock-in contracts. New to Flash? Try 14 days free now >

Another man can be seen in the video fishing off the rock and watching the attack unfold.

“No one seems to be remorseful in the video. This guy keeps recording and the other looks like he keeps fishing,” one person wrote on Facebook.

“Did anyone else notice the guy fishing and didn’t even take his line or anything? I just kept fishing,” said another.

“The video is disturbing, the fact that someone was swimming while someone else was fishing on land? All of this is disturbing. »

Another person said he was shocked that the witnesses could “just sit and describe the attack” while the situation unfolded in front of them.

A Twitter user asked how the victim’s family would feel seeing someone later describe the attack in detail.

“Watching the news and wondering if the old mate aka the ‘witness’ who detailed all the horror of the shark attack today even stopped to think about what it might be like for the family of the deceased?” wrote Shanna Whan.

Authorities closed Little Bay Beach on Wednesday afternoon after human remains were found in the water.

“The images clearly show a body, half of a body taken by a shark,” a police officer had told his colleagues via a scanner.

A spokeswoman for NSW Ambulance said: ‘Unfortunately this individual had suffered catastrophic injuries and there was little the paramedics could do when we arrived.

A witness, who was fishing off rocks on the point, said the swimmer was right in front of him when they were dragged underwater.

“It was terrible. I’m shaking,” he told ABC. “I keep throwing up. It’s very, very upsetting.”

Randwick Council announced on Wednesday evening that Malabar, Maroubra, Coogee, Clovelly and La Perouse beaches would also be closed for 24 hours while council lifeguards searched for any further shark sightings.

“This is a terrible tragedy, the first fatal shark incident in Sydney in decades. Our hearts go out to the family and friends of this man,” said SLSNSW Chairman George Shales.

It is the first death from a shark attack in Sydney since 1963.

Police will liaise with the Department of Primary Industry to investigate the circumstances surrounding the swimmer’s death.

A report will be prepared for the coroner.

Inflation takes a bite out of Idaho farms