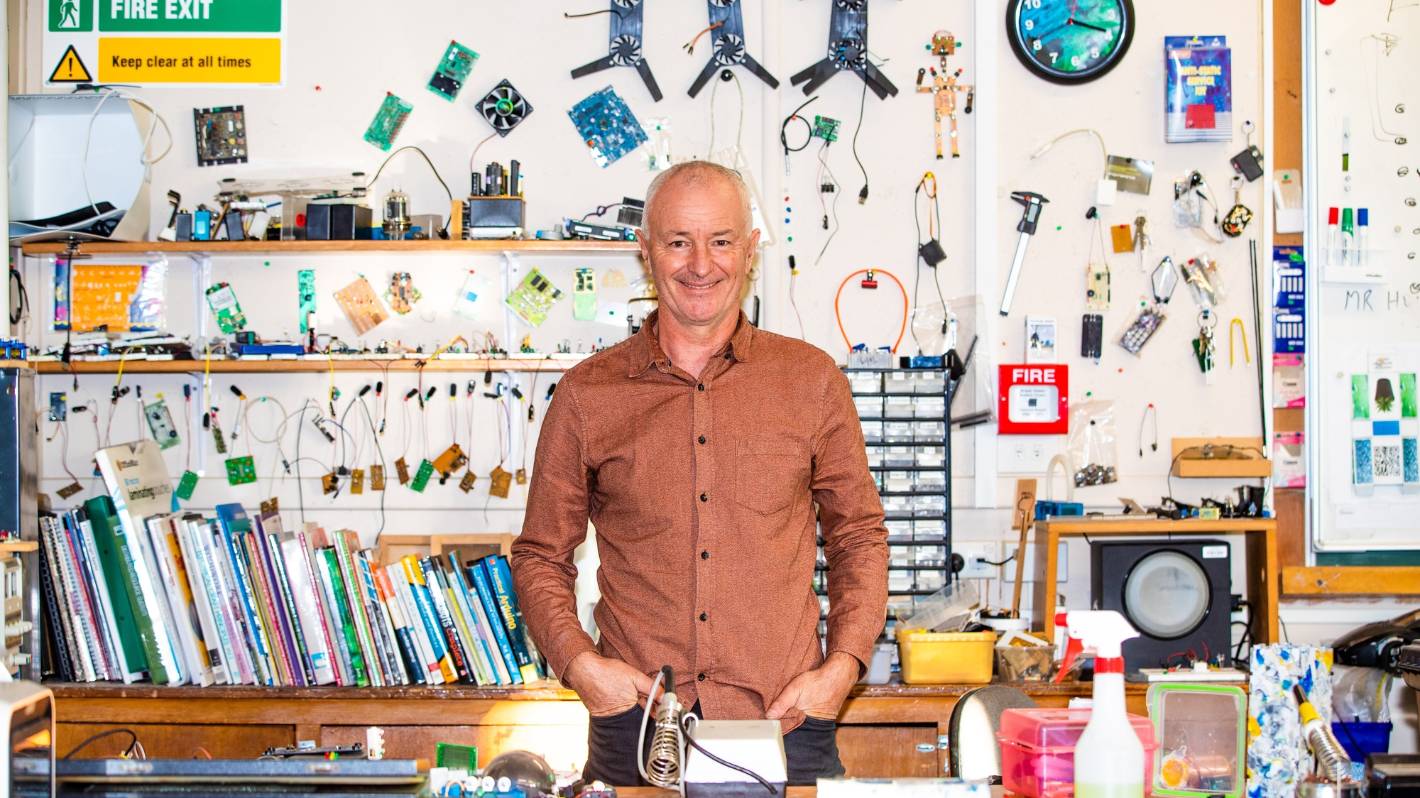 The engineering professor Taranaki who created an “electric bike for surfers”

Professor Michael Parker battles with two of his students in a competition to take their business ideas to the next level.

The 58-year-old, who teaches engineering and design at New Plymouth Boys’ High School, created an “e-bike for surfers” after struggling to learn the sport 10 years ago.

Parker was named one of five finalists in Venture Taranaki’s PowerUp Kickstart, a business capacity-building program and idea competition, with one idea ultimately winning the grand prize of $10,000 to spend to grow his business.

Two of Parker’s students, Jayden Clark and Ashkan Azarkish, are also finalists with their all-in-one digital plant monitor, called Sprout, which allows people to track humidity, sunlight, temperature and humidity requirements. humidity of a potted plant via a phone app. .

READ MORE:
* Brilliant idea: Novice wave-riding grandpa builds an “e-bike for surfers”
* The tool created by two teenagers that will keep your houseplants alive
* The plant monitoring device is a thriving success and it’s not even on the market yet

“It’s a little dodgy now, I don’t want to give them advice or help with anything,” Parker laughed.

The board Parker has created, under the trade name Hiko Surf, is paddle-assisted and works via a small pump in the back that sucks in water and pumps it out, meaning the rider doesn’t need to paddle as strong.

“I really struggled with surfing for about three or four years,” Parker said.

“I found it really frustrating and if I wasn’t such a persistent character, I would have given up on the first month.”

He also entered the PowerUp Kickstart contest last year, but was unsuccessful.

“I don’t think my video was very good and I didn’t explain it very well.

Parker has been building the prototype for the past four years, tinkering with it in his spare time.

He had spotted a similar product on the market a few years ago that worked like a fin that bolted to any surfboard.

He ordered one out of curiosity but hasn’t received it yet.

“It’s a bit different from mine, though, because it’s a fin that bolts onto any board whereas mine is a purpose-built board.”

Each finalist is paired with a mentor to polish their business before giving a final pitch on June 29.

Parker was paired with mentor Timothy Allan who was involved with UBCO, an electric farm bike company that spread around the world.

Parker said Allan has been a big help with marketing and business.

“I’m really good at making things but not selling them.”