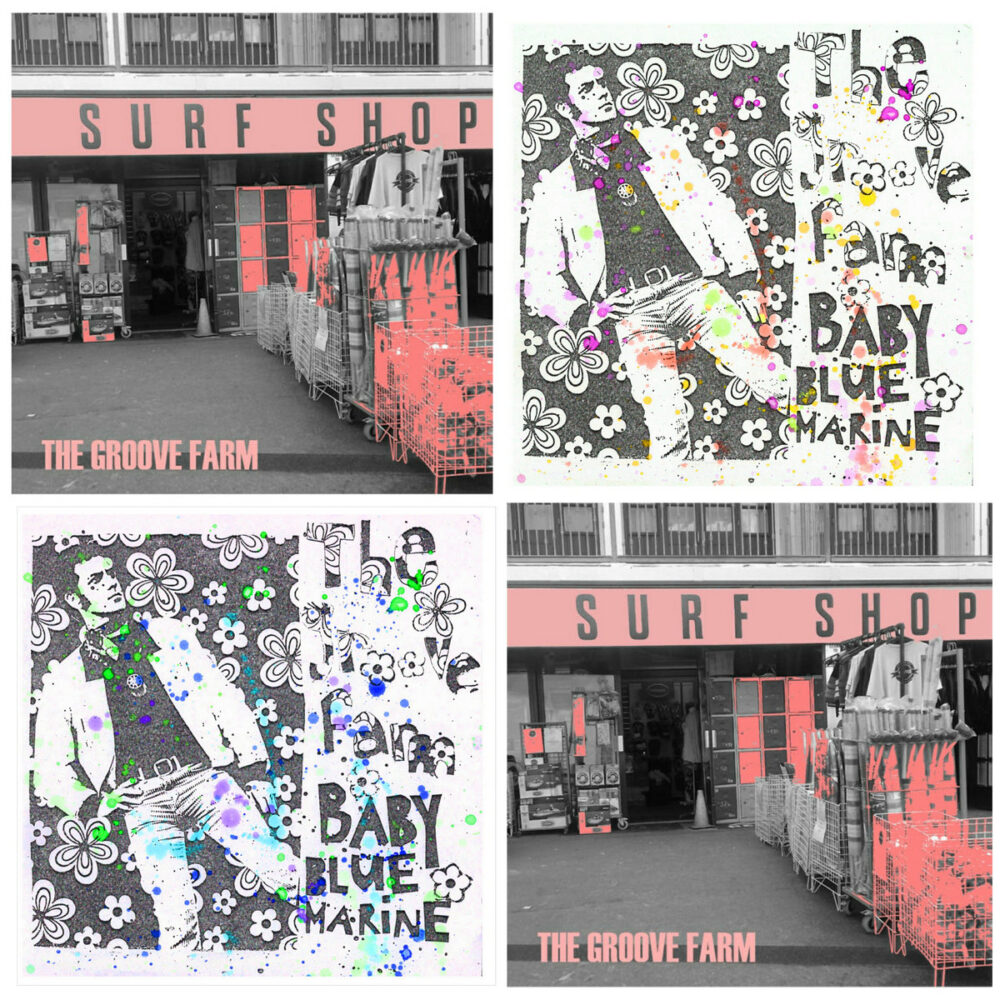 C86-C89 Indie-punk groovers reissue out-of-print classics for Garage Indie connoisseurs from the late ’80s, plus a live reunion set from 2017. But how many times can you listen to the same song, asks Ged Babey?

Two mini albums on one piece of 12 inch blue vinyl. On one side a turbulent 24-minute live set. The other?

All available recordings of Baby Blue Marine: the demo, the single, the 4 tracks, a session version and live versions… Fortunately, the song only lasts a minute and a half and it’s one of those songs that, from -that- it’s over, we want to hear it again… Well, in fact, each version has a completely different duration from the previous one: from 1 minute 13 seconds to 2h09. Luckily, it’s a solid gold classic (of its ilk).

Here you can enjoy it again and again in different versions! You can choose which one you prefer yourself, but the main thing is that they are all excellent!

It’s probably the best, IMHO, capturing a sort of midpoint between the early Buzzcocks and Jesus & Mary Chain while simultaneously having a charm of its own.

The live set I hadn’t done was recorded in 2017 (until I read the fine print) – the energy and sound may well have come from the band in their youth. Whether it’s my ears or Arthur’s diction I don’t know but I swear during In The Summertime he sings ‘Suppertime’.

I strangely discovered the Groove Farm >Beatnik Filmstars > total rejection in reverse chronological order – which is a disorienting but satisfying experience. I’d say they get better with age – but they’ve always been modestly fabulous throughout. The Jarrett/Kent/Rippington and Associates back catalog is huge and inspiring. Heart on sleeve, rickety and ramshackle, floundering and hyper-active, perfectly imperfect pop.

Loads of other great music can be found at Delirious pop explosion – I highly recommend THIS CD Fanzine and Compilation “AlterModernes! The Groove Farm! The Courtettes! Total rejection! Next phase: Normal records! Mike Nesmith / Monkees, cuttings! Comments! and more! Comes with a 16-track “When are you gonna quit and get a real job” CD sampler with all your favorites on RPB! The CD is not for sale separately”

… and there is a Groove Farm 7″ Single Turn Cut…

All the words of Ged Babey Content of the press release in italics.

A day at the beach: “I had the weird feeling that this dolphin was trying to tell me something” | surf vacation