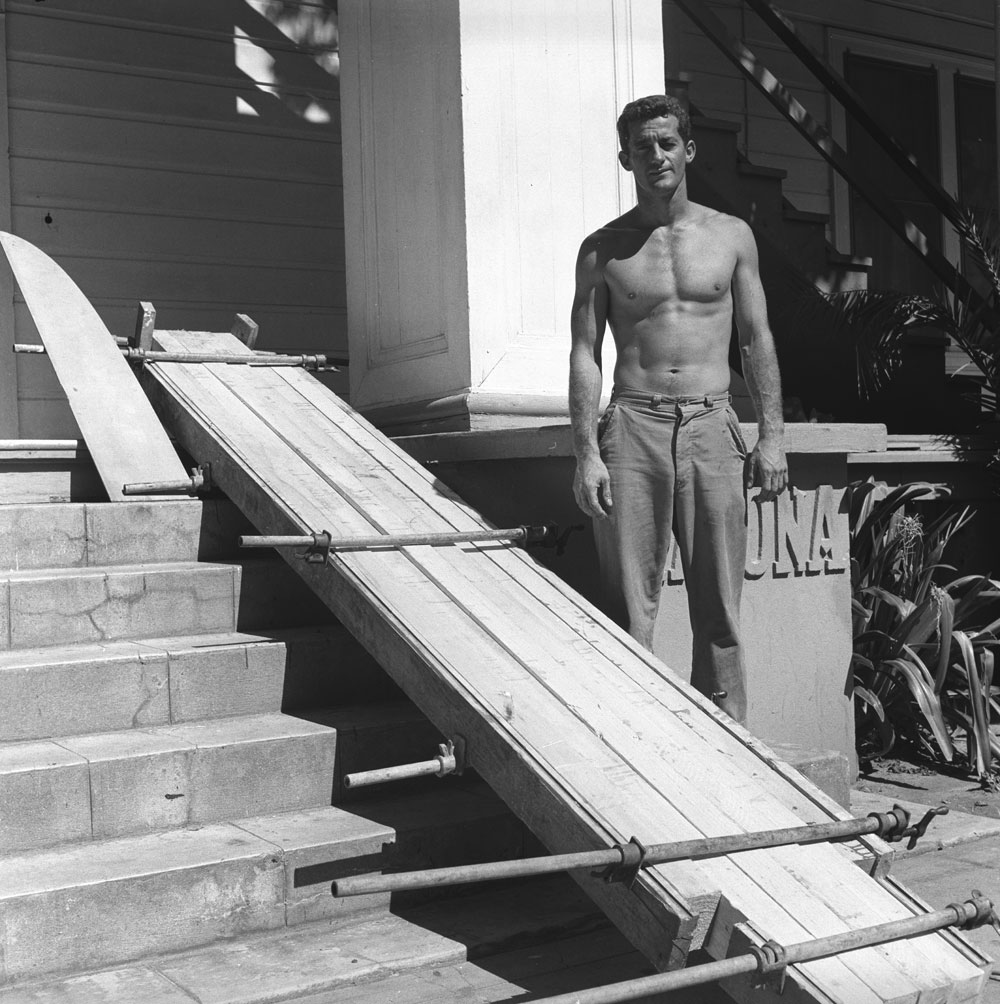 Today we eat, tomorrow we surf

SUPPORT THIS INDEPENDENT JOURNALISM
The article you are about to read is from our journalists doing their important job of investigating, researching and writing their articles. We want to provide informative and inspiring stories that connect you to the people, issues and opportunities within our community. Journalism takes a lot of resources. Today, our economic model is interrupted by the pandemic; the vast majority of our advertisers’ activities have been impacted. This is why the PD time now turns to you for financial support. Learn more about our new Insider program here. Thank you.

Feasting and surfing have a long and distinguished relationship

Somehow, the Pacific always seems to have a way to provide A-plus surf on Thanksgiving Day.

When I was a kid, I remember going to my grandmother’s in San Francisco, and from the dining room windows you could watch the scene at Ocean Beach. From Cliff House to Sloat Street, there always seemed to be a double overhead hit and shots.

A few years ago we roasted a turkey on a spit in San Onofre on a blue bird day with idyllic 4 to 6 foot combs that flow through. It was so nice, I surfed in shorts all day. And then there were all the years spent on the north coast of Oahu, enjoying a day of thanksgiving along the Seven-Mile Miracle.

On a special Thanksgiving in Hawaii, I vividly remember watching three-time world champion Tom Curren at Pipeline. He paddled and fired a few bombs, then walked up the beach to baste the turkey in John John Florence’s house. He repeated the cycle all day until it was time to eat. We ended up putting a picture of Tom from that day on the cover of Surfer magazine.

This brings me to one of my absolute favorite episodes in surfing lore: Pat Curren and Meade Hall. One of the early pioneers of the big waves, Pat, Tom’s father, and some of his La Jolla henchmen had a unique solution when it came to dining together.

The story goes that in 1958 Pat got a fully furnished three-bedroom house near Ke Iki Road (just down the beach from Pipeline and Off The Wall) for $ 65 a month.

Along with criminal partners Mike Diffenderfer, Al Nelson, Wayne Land, and a few others, they gutted the interior of the house and used the reclaimed wood to build racks for surfboards outside and a giant dining table in the middle. of the room. Inspired by King Arthur and the Knights of the Round Table, the establishment has been nicknamed “Meade Hall”.

â€œWhen it was over, Pat stood back. “I think that will be enough,” recalls Fred Van Dyke in surf historian Malcolm Gault-Williams’ story account.

â€œWith that, Pat walked around the backyard, picked up a machete and cut a few branches from a Hale Koa tree,â€ Van Dyke continued. â€œHe tied them to the top of his battered car and attached his board to the new rack. Pat disappeared in a cloud of smoke, heading towards Sunset.

â€œRicky Grigg said that Curren would sit at the end of the table, often wearing a fake Viking helmet, and hammering on the table, saying, ‘Ahh! To eat! We are hungry ! I have to ride big waves tomorrow! ‘ Van Dyke continued.

Of course, like most classic surfing sites, Meade Hall’s existence was brief. In fact, it didn’t even last the entire winter season.

â€œThere’s no way to express the look on the landlord’s face when he comes the next month to collect the rent,â€ Van Dyke added. “Needless to say, Meade Hall was short lived.”

As we sit down for Thanksgiving this year, it’s worth taking a break to consider that we’ve all been through a lot in the past couple of years, and if you and your family are lucky enough to be through it all in good health. , there is something to be thankful for.

And whatever you do on this vacation, who you celebrate with and wherever you are, knock on tables, toast your friends, ride your brain and make the most of it, like Pat Curren and the Meade gang. Hall – because time goes by and you never know when the owner is going to show up.

Jake Howard is a local surfer and freelance writer who lives in San Clemente. Former editor-in-chief of Surfer Magazine, The Surfer’s Journal and ESPN, he now writes for a number of publications including Picket Fence Media, Surfline and the World Surf League. He also works with philanthropic organizations such as the Surfing Heritage and Culture Center and the Positive Vibe Warriors Foundation.

BECOME AN INSIDER TODAY
Trustworthy, accurate and reliable local news is more important than ever. Support our newsroom by making a contribution and becoming a subscribed member today.

ME & MY CAR: Visual cohesion and cool VW – News