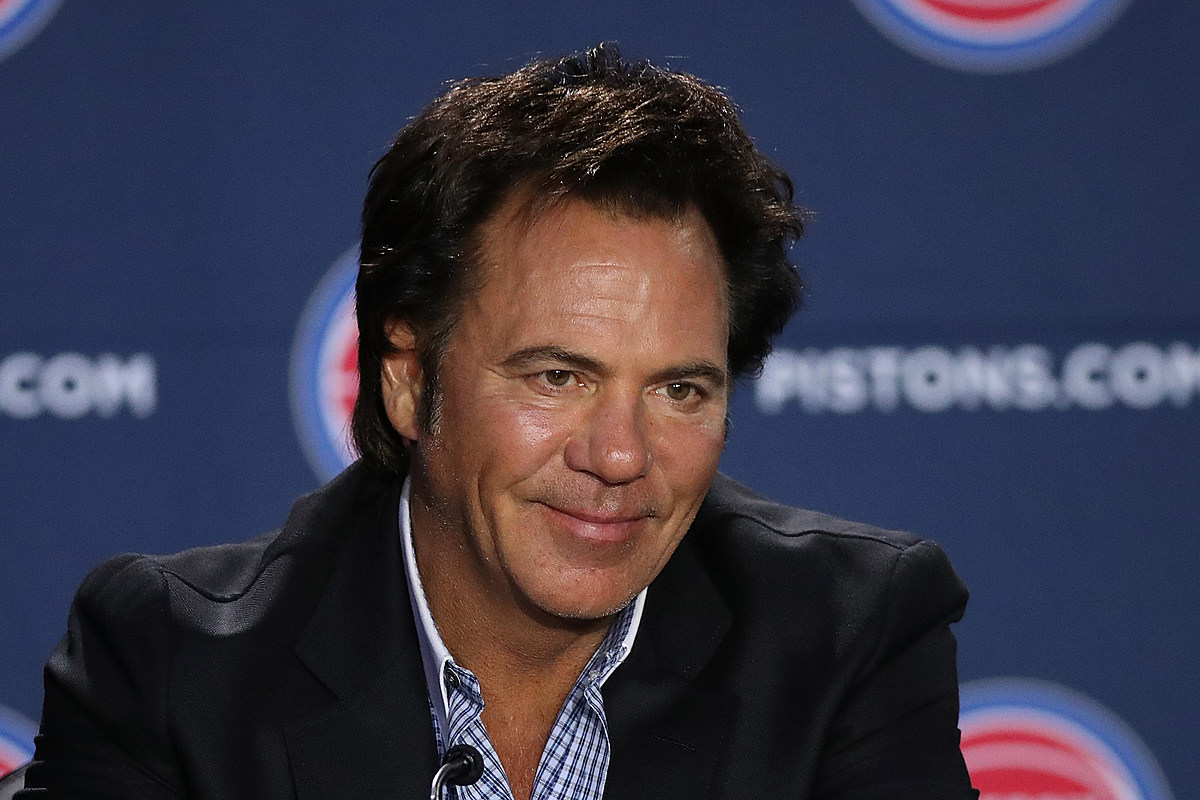 Owner of the Detroit Pistons and native of Flint, Tom Gores “plays” Santa in a big way during the holiday season. He makes sure kids across the state have a very merry Christmas, including those at the Voices for Children children’s advocacy center in Flint.

Gores, who attended Genesee High School, has toured Michigan to make sure kids across the state are having a wonderful Christmas. Gores and his family donated more than 10,000 toys, bikes and more to families in Michigan this month.

On Thursday, Tom Gores’ mission to spread joy this holiday season brought him home to Flint. The group has delivered toys to more than 200 children in the Genesee County area through Voices for Children, the center that works with children here in Flint who are victims of abuse and neglect.

Gores and his wife Holly, along with the Pistons, have teamed up with the United Way to make the magic happen. The kids were treated to a special day that included pizza, fun with the Pistons mascot, Hooper, dancing, a photo booth, and even a visit with Santa himself.

â€œI have seen the bravest little heroes receive so much joy from the kindness that Tom and Holly have given them. For many of these children, the past few years have been the hardest. Their innocence has been taken, they have suffered. a major crisis, they just needed their hope is restored. That’s what Tom and Holly did for these kids. We are so grateful to the Gores and United Way for this amazing holiday blessing for the kids ” , told us Claudnyse Holloman, President and CEO of Voices for Children.

Earlier this week, the Gores Along and the Detroit Pistons hosted a similar event in partnership with Toys for Tots in Detroit. More than 700 families have lined up outside the Eastern Market to collect toys for more than 1,800 families, according to Click on Detroit.

According to a spokesperson, Tom Gores and his family have donated more than 135,000 gifts to families in Michigan since 2006.