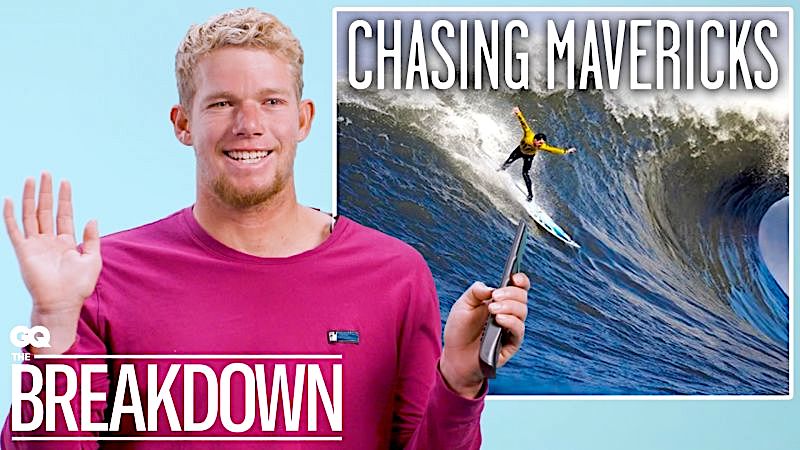 Imagine the nonsense that our beloved Irukandjis, Brazilian Stormers and Jordy Smiths will also face.

From World Surf League CEO Erik Logan to the head of the International Surfing Association Fernando Aguerre at Bluestar Alliance, owner of Hurley, manufacturer of beard cream, so much depends on these upcoming Olympic Games in Tokyo. The great beginnings of surfing. Oh well but eventually the nut will crack. Once exposed to our sport of kings, millions of people around the world will fall in love with and seek out professional competitive surfing.

Reckless, lost in the cushions, so to speak, are the professional surfers themselves.

Take, for example, the pride of Kolohe Andino as he was recently forced to sit behind a bowl of Legos and explain surfing to a stunned audience who use them.

“Here I am right there on my… shark surfboard,” he begins, his voice dropping slightly and then saying, “I’m Chewbacca.”

He then builds what appears to be an ark, asks Chewbacca to enter the ark, then pulls it out with his finger while explaining the barrels.

The audience bursts out laughing.

Then Andino does his best to build a breaking wave, but is troubled by the lack of curved pieces. Unbent, he explains how Olympic surfing will be rated on snapshots, jumps and, he pauses, “wave height” building its little tower higher.

“So if the waves are that big and you find a wave … that big one, you’re happy.” Do not fall.

Kolohe is a very good sport but it is only the beginning. Imagine the nonsense that our beloved Irukandjis, Brazilian Stormers and Jordy Smiths will face.

Imagine the impressions of Spicoli that they will be called upon to do and all because Logan, Aguerre and Blueflame crave more eyeballs, dry beards.