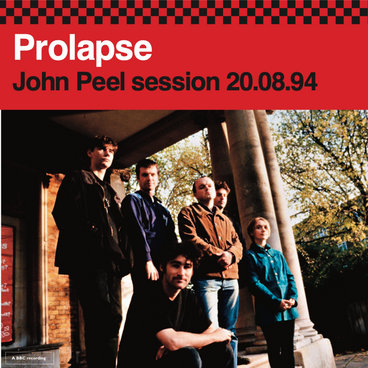 Let’s make this valuable. The lyrics borrowed from Kevin Rowland and used by Precious Recordings of London as a mantra. And Precious is indeed what they make it, with the latest batch of BBC radio sessions released between January and May this year, with more to come shortly.

I’m not sure enough credit, kudos, or exposure has been given to Nicholas Godfrey and co. for what they did and are doing with Precious, spotlighting so many fabulous radio sessions from some of the most beloved indie artists of the 80s and 90s.

Like countless others, as a child of the 70s/80s, much of my exposure to indie music and some of my favorite bands came through John Peel, Janice Long and Kid jensen. With band sessions forming a big part of the appeal of these shows. Some of my favorite versions of Smiths songs to date are those recorded for John Peel.

Doing what Precious is doing right now is like bringing back swathes of my lost youth, every time I get an email from Nicholas announcing the next set of bands on the label I get a slight throb of excitement about what’s next.

Sure, these records are about music, but another of the things that makes Precious so, well, precious is the attention to detail around the entire packaging of these bundles of joy. Each gatefold 7″ double vinyl comes with a set of postcards, often with never-before-seen images and detailed sleeve notes, including insightful quotes from band members. All wrapped in instantly recognizable branding/packaging from Precious.These records occupy a special place in my racks of singles.

It’s very good, but is the music good? You need to ask? Have you seen the list of groups presented so far?

Having already written about early releases, I’ve since been inundated in the post with this year’s offerings, much to my delight and listening pleasure.

First, 7 songs from the post Tallulah Gosh Heavenly over two Peel sessions, the first in 1991, a departure from the norm in that only 3 songs were sessions, but these three songs live up to of that old adage about quality over quantity, their familiar and endearing wistful indie jangle featuring the exquisite version of And the Birds Aren’t Singing and continuing on So Little Deserve. Escort Crash on Marston Street has a completely different vibe, with a 60s garage pop feel tinged with more upbeat punk. The debut EP features additional tracks, including the Beatles cover, It Won’t Be Long.

Their second offering is another Peel session, this time from 1994, the addition of Cathy Rogers taking the band further down the road from Escort Crash on Marston Street, with Cathy’s Hammond organ parts really coming to the fore on the instrumental Sacramento, before its gloriously chaotic crescendo. The joyful liveliness of the double vocals really gelling on the wonderful Sperm Meets Egg, So What?, continuing to add the icing on the cake to Dumpster’s thundering beat and crisp riffs

The Weather Prophets feature in a 1985 Janice Long Session, and a year and a bit later in John Peel’s show. The first session was in the early post Loft era of The Weather Prophet. The first session song Love Song No. 1 was a song the band never released, while 24 Years will be more recognizable to most as Head Over Heels. Lighthouse Room also ended up changing its title to Wide Open Arms before its release. I’m not the only person who prefers session versions of certain songs. The version of Almost Prayed recorded for this session is the one that was eventually released as a single.

The 1986 session kicks off with the superb, upbeat rhythm and matured sound of Swimming Pool Blue, before the laid-back, swaggering groove of Hollow Heart. The EP completed with She Comes From the Rain and an inspiring version of Faithful.

Perhaps the pick of the band for me are the two Leicester-trained indie post punk sessions, Prolapse. The juxtaposition of Linda’s and Mick’s voices is an alluring factor that drew me to the band’s music. I say this as a Glaswegian myself, so I know it sounds like a cliché, but Mick’s voice gives the music an edge and an air of menace musically, lyrically and vocally. When Space Invaders Were Big was a particular highlight, for some reason, Mick Derrick’s delivery reminiscent of Hugh Reed’s 6 in Wan, but obviously with a much more serious subject matter. The first session ends with experimental relationship breaking thrash from Broken Cormorant.

The second prolapse session is three years later, a 1997 Peel session. Slash/Oblique opens things up in gloriously frenetic fashion before Deanshanger and its elongated intro, more or less a shitty list of everything that’s been ” shit” over the centuries. Outside of It is the most austere and spacious of the songs from the Prolapse sessions. All the more frightening and touching for that. Place Called Clock closes the proceedings in a sinisterly folkloric way. Perfect.

Next on the release schedule is Hefner and the first two of the band’s three sessions, the first two a John Peel session and a Steve Lamacq session a few months apart.

The first session (Steve Lamacq) opens with an impassioned delivery of The Librarian, followed by Tactile in an equally ardent manner. May God Protect Your Home first smolders before igniting in this passionate song about sexual encounters. Twisting Mary’s Arm closes the first of three sessions in a flamboyant and upbeat style.

Their October 1998 Peel session kicked off with the low-key, slow burst of duo The Science Fiction and I Stole a Bride before they created their own version of chaotic surfing in their version of The Beach Boys, You Need a Mess of Help. to Stand Alone.

Keep an eye out for more, with releases from Hurrah! And post Heavenly Marine Research already planned.

The Best Michigan Cities to Visit by Bike