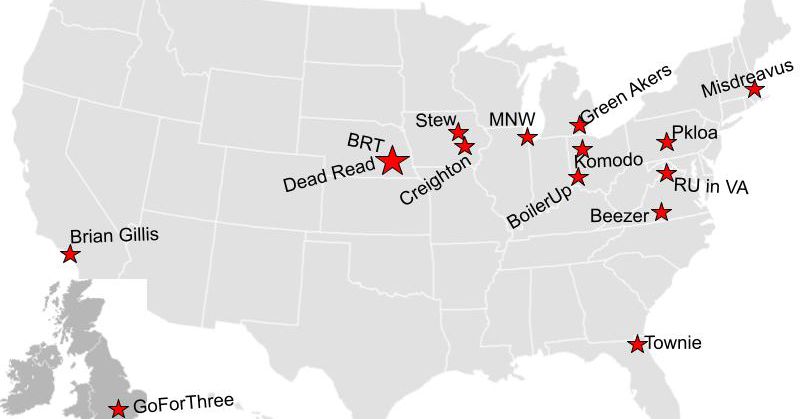 Where are we, what we drink: week 7

Hi everyone, welcome to your favorite weekly segment on OTE ‘writers’ who drink things and are places: where we are, what we drink

This week we have the battle for the $ 5 Bits of Broken Chair, with Wisconsin disrespecting troops, and maybe even a Port of Purdue (let’s call it now).

What is everyone doing tomorrow:

My friend is trying his new smoker this weekend, so I’m going to watch the game at his place. I’ll probably bring pumpkin beers or something seasonal from Toppling Goliath, and a bottle of something from the Cedar Ridge Distillery (either rye or bottled bourbon) because I don’t remember that. was one thing when I left Iowa and now that I’m back I would love to try some local whiskey.

HELLO, EVANSTON! My God, you look as stupid as before. Did you gain weight during the pandemic?

I’m back, Ryan Field. It’s Homecoming, and I can’t think of a better way to spend my time in the middle of a pandemic than to fly to Chicago after all my time in Houston to watch the “Cats lose to Rutgers.” FORTUNATELY !

Tentative plans are underway to secure tailgates for both these #lakeviewz for the ‘gram AND the NUMBAlums party in the lots around Ryan Field. The beer / snacks for the lake tailgate are nice and simple because neither of us want to work – a case of cheap, donuts or other breakfast accessories, and how that bottle of Malort is- it fell off the store shelf and into my bag? We’ll toss sacks, toast at seeing each other for the first time in two years, and then enjoy the 11am glory at Ryan Field.

I’ll be home in Detroitland again, ideally able to go there and work in the yard for a bit between the MSU and Thumpasaurus band gig (I still need the time and place there- low). I should also clean the grill before the weather turns. WHERE! Or. I might just use it again on that stash of pork tenderloin that mysteriously made its way into the meat drawer. How it happened, we’ll never know.

I will be traveling to the Findlay, OH area for the weekend. The woman has a cousin who is getting married in the Putnam County style, so all things considered, it will be a good time. Since the wedding starts at 1 a.m. and this is the long version of a Catholic wedding, I will no doubt be watching games on my phone with a wireless beat. As for the choice of drink, it’s going to be limited to a college of beer shit becauseâ€¦ wellâ€¦ it’s the clientele. I can squeeze into a sixer of something good, but there’s a good chance I’ll grab the free beer and shut up.

Despite taking almost every precaution possible, one of our children has just tested positive for COVID. So we don’t go anywhere and see no one for a while, which is no different. But also supports parks and other activities where we can come into contact with someone else. I hate everyone and everything.

I am getting married in Blairs, Va. And hate the troops both for rooting out against the military and not watching them play. Drink White Zombie, Sweetwater 420, and probably bourbon or champagne or whatever I’m given.

[editorâ€™s note: everyone congratulate Beez in the comments and maybe heâ€™ll save us some cake]

Penn State isn’t playing this weekend, so I’m going to get a preview of the games as I take care of all the responsibilities I’ve carried over since the start of the season.

I have parents from out of town coming to Cincinnati this weekend so I will be spending time with my siblings, nephews, niece, parents, a few aunts and uncles, and a cousin. I’m going to have a family beer party someday, so I’ll drink the German beer I have to share on Friday.

GOODBYE THE WEEK! I’ll be darling all weekend in North FL. Maybe a little surf fishing, because the fall bait race is in full swing.

Four football games for children, all local to my home. It’s a miracle. I bought some savory vodka rib frosting at the Horrocks Market outside of Lansing last weekend, so I could use it on a few rib grills on Sunday in the vertical smoker. I made a lovely 7% pumpkin ale with cranberry, cloves, nutmeg and vanilla and a Bell’s Two Hearted IPA clone, but I’m not sure they’ll be fully carbonated. and rested by the weekend. I guess we’ll see what comes out of the tap on Saturday.

Michigan has a week off and so do I. So instead of airports this weekend, I’ll be home in Los Angelesâ€¦ contemplating how five Big Ten teams can make it into the top ten.

I go hiking again in the morning, I really enjoyed nature. Since your Nittany Lions are OFO, I’ll probably try to do a chore or two around the house before settling down for a half-hearted football spectator.

I’ll be in Lincoln / Omaha! I hope to watch the game with my brother’s family and then attend a family wedding (with a drag queen? I’m very excited) in the evening.

Now that you know where we’ll be, go to the comments and share what you’re up to this weekend, and also poke fun at Beez for getting married during football season. Happy Striketober to UAW workers at John Deere!