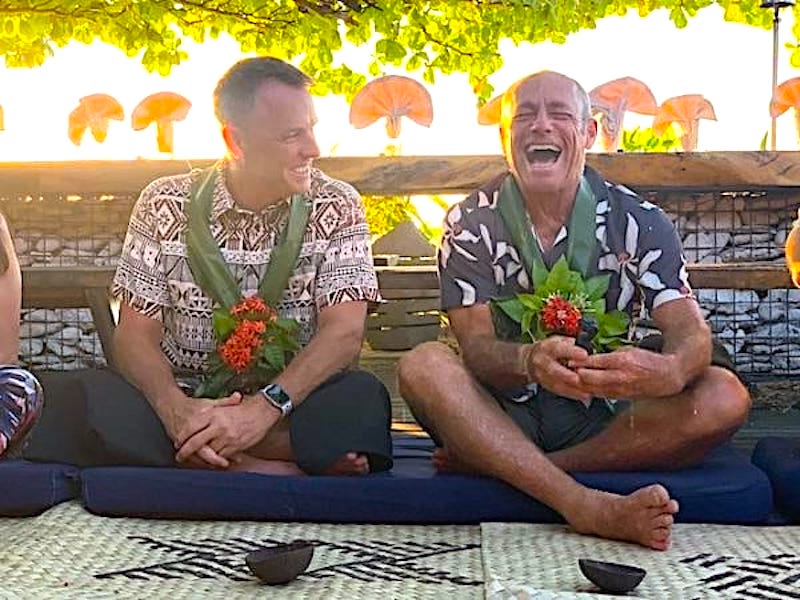 World Surf League CEO Erik Logan will be celebrated at a grand beachside environmental ball for his extraordinary greenwashing achievements this year!

A night to remember.

And the platinum tubes keep coming for World Surf League CEO Erik Logan. “The Rusty Cudgel” comes out of what must be considered the greatest run of all time in professional surfing leadership. Things looked shaky heading into Bells with the stench of The Ultimate Surfer still lingering and defending champion Gabriel Medina refusing to play, but wham-o.

It all started with the announcement that a cheap, Chinese-made SUV was signing on as a sponsor of the environmental progressive league. Then a protest by surfers was brutally put down citing “feelings” and “friendship”. Then it was revealed that the highly anticipated Apple TV program Hit or miss will air at the end of the month, disposable furniture maker IKEA has teamed up for co-branded shelves and Morgan Ciblic has planted a bush in Torquay.

A series of slams so undeniably grandiose that Logan must be the envy of Roger Goodell, Adam Silver, Rob Manfred.

Well, they can go celebrate in person because it’s just been announced that our man from Muskogee is the person of honor for the upcoming Heal the Bay Bring Back the Beach Eco-Gala.

After a two-year hiatus due to the pandemic, we are delighted to announce the return of our Bring Back the Beach Gala on June 2, 2022. As a fundraising benefit for Heal the Bay, this exclusive event of the west coast is home to hundreds of leaders from the business, political, entertainment and environmental communities.

And the excitement doesn’t stop there, as we’ll also be highlighting the incredible accomplishments of this year’s winner, Erik Logan. As CEO of the World Surf League, Erik has gone to great lengths to bring awareness and initiative on clean water to the global surfing community. We hope you will join us in supporting both Erik’s work and the large-scale impact of Heal the Bay.

Sipping fruity cocktails, enjoying a glorious sunset with the salty breeze, burying your toes in the sand and winning an amazing getaway – does life get any better? Yes, when all this benefits healthy, safe and clean coastal waters and watersheds!

You, too, can celebrate Logan’s Greenwash by rounding up twelve of your friends and donating $50,000 (benefits include podium event speaker recognition and a private beach cleanup).

You don’t have twelve friends? $10,000 will allow you and nine others to rub shoulders with a who’s who of the environmental stalwarts of California’s oil and gas industry (but without participating in the aforementioned private beach cleanup).

A solitary ? A mere $1000 and you’re set, or in the words of Maurice Cole, “Put simply… green washing seems to be WSL’s modus operandum.”

A night to remember.

Politicizing your NJ business? Here is a little message for you

Icons of Santa Cruz: popular Pizza My Heart t-shirts are the most affordable way to represent local pride