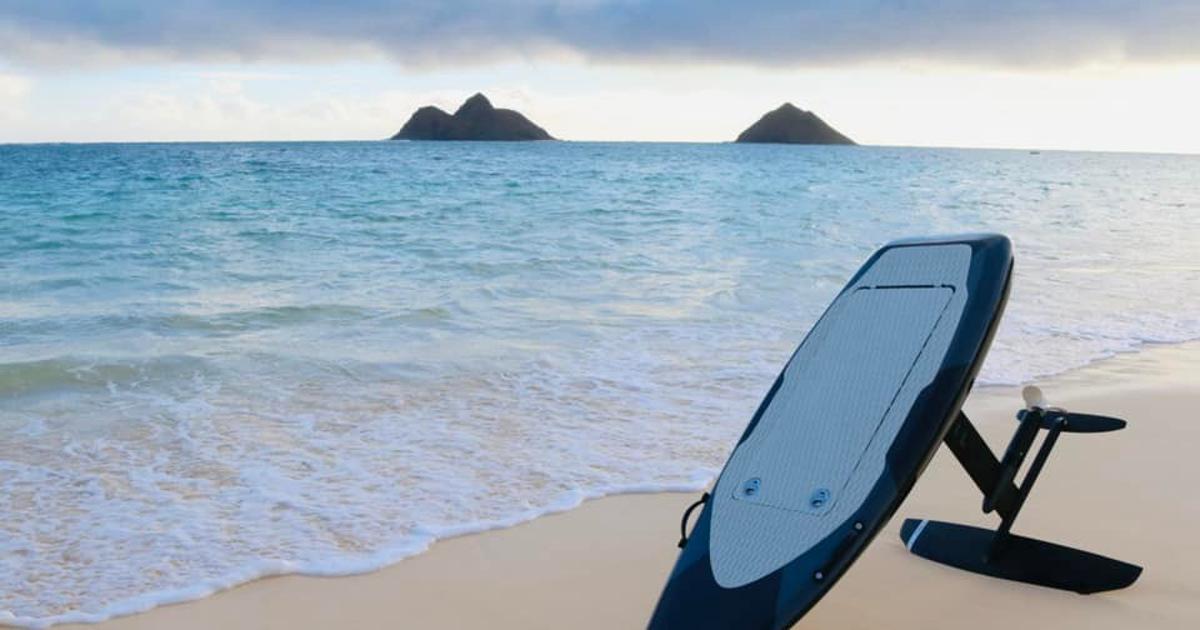 Stand-up paddle boards (SUPs), motorized surfboards, and even hydrofoil surfboards are becoming increasingly popular, but buying one of each could get expensive. That’s where the Modular XFoil comes in, as it can serve all three – if you go for enough extras.

Designed by Silicon Valley-based PLX Devices, the Xfoil is currently the subject of an Indiegogo campaign, where it is offered in Standard and Sport packages.

Included in both are the foam/carbon fiber core board itself, a 6,000 watt brushless motor, a removable lithium battery that sits under a hatch inside the deck, a handheld wireless remote waterproof OLED wire and a hydrofoil module – the latter unit has a 75mm long aircraft aluminum main body, as well as fiberglass (Standard) or carbon fiber (Sport) wings.

While the XFoil could presumably be used as a SUP simply by not riding whatever on its underside, PLX suggests using an optional SUP-hydrofoiling module where the motor is up and the wings are down – in contrast, the regular hydrofoiling module puts both down. According to the company, the SUP-specific unit allows the motor to help users initially catch the waves, after which the motor comes out of the water for an unpowered “pure foiling” experience while riding those waves.

People who accept an unclean foiling experience can stick with the classic hydrofoil module, in which the motor takes them to a top speed of over 30 mph (48 km/h). A charge of the included battery should be good for 75 minutes of runtime in this mode, or 120 if an optional larger capacity battery is purchased.

Finally, a mounting included in the Sport pack allows the engine to be mounted directly under the board. This arrangement, combined with a set of surf fins from the Sport Package, transforms the XFoil into an easier to ride non-hydrofoiling electric surfboard.

You can see the XFoil in action, in the video below.

The Cauldron brings magical food and drink to Midtown Village